It was the Renaissance composer William Byrd who said, “Since singing is so good a thing, I wish all men would learn to sing.” In thinking about the “good” in singing, I have contemplated what is “so good” about it and why all men should “learn” to do it. As a singer, I know it is good—and if I could not sing, I would surely perish. But what are some of the benefits of singing that make it truly “so good a thing”?

It is often difficult to separate out the physical, emotional/psychological, and spiritual when discussing singing or its “goodness” or 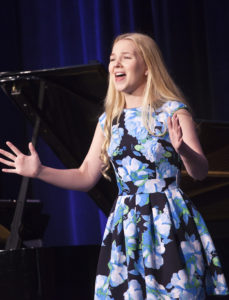 benefits. Is not our body really the vehicle for what is on our hearts and minds when we sing? Can we sing without using our very body? Will the actions of the body not be connected with the mind and heart and spirit? A writer may be able to produce his art purely from his mind, but a singer must use his body, every time. So when we discuss the benefits of singing from a psychological perspective, it is neither possible nor reasonable to completely separate out the physical from the spiritual from the emotional or psychological.

What are some of the psychological benefits of singing? Consider these ideas.

Artistry
We sing because we need to make beauty, we love to hear beauty, and the ears are a primary window to and from the soul and spirit. At the highest level, the psychological benefit of singing is to create and appreciate art and beauty.

Spirituality and Religion
Every religion or spiritual practice (with the exception of some studied movements, such as the Quakers or certain cloistered clerics) use singing in worship. If the eyes are the window to the soul, the voice is its incarnation, the soul made flesh in sound. Within our singing we mourn the dead, tell our stories, rejoice in our God, disseminate religious doctrine, and even become a vehicle for spiritual energy and healing.

The Making and Keeping of History
Singers have been prophets and storytellers—mirrors of the times. Ballads and odes have been used to maintain historical record. Great ancient epic poems such as Beowulf were originally sung. We are purveyors of truth-telling, myths, stories, and even propaganda. In a sense we become part of what the great psychologist Carl Jung called “the collective unconscious”—expressing in an individual manner what is most common and basic to the human experience. This expression is often found in dreams and in the archetypes of the visual arts and literature—but as singers we also contribute to these manifestations through our singing of stories and histories and mythologies and hymns and prayers.

Mothering and Bonding
The lullabies a mother sings to her baby become the unconscious building blocks of music and emotional memory. Singing lullabies, nursery rhymes, hymns, or folk songs promotes solid maternal-child bonding and heightens musical sense and awareness in the child. And the mother will never see the day when her child, now aged and stricken with dementia, will recall the lullaby his mother sang to him when he was a baby when he can remember little else.

Emotions and Emoting
Even the singing voice alone is a purveyor of emotion and truth as well as a direct means of communication that is separate from and independent of the words that may accompany it. I did a study in 2005 which showed that various emotions are discernible purely based on the singer’s intent without the employment of any accompanying words.1 Surely the ability to communicate emotion is a psychological benefit of singing that should not be underestimated.

Singing Together
There used to be a commonality of experience shared in group singing that has disappeared in many segments of American society. Choral singing has been shown to improve mood, increase concentration and cognition levels, and “counteract anxiety and stress” through the “controlled deep breathing” used in classical breathing technique. Probably most important of all is the socialization element which serves to “ameliorate feelings of isolation and loneliness.”2

High-Frequency Harmonics
The work of Alfred Tomatis and his disciple Paul Madaule has demonstrated a link between high-frequency harmonics and psychological and physical health benefits. High-frequency harmonics are such as those found in the classical “singer’s formant”—overtones in the sung voice in the peak range of 2400–3200 Hertz.3 Madaule recognizes that sounds “rich in high harmonics” are produced by default by “opera” (and thus all forms of classical) singers through use of the singer’s formant and that, as such, singers are “renowned for their vitality and dynamism.”4 He also notes that people who tend to be tired or depressed often have “dull, toneless voices with very little high-frequency content.”5

When we sing, we not only stimulate the body but the ear itself, and we need to both make and hear high-frequency harmonics for health and vitality and energy. Lower-frequency sounds “not only supply inefficient energy to the [cerebral] cortex, but many even tire the person by producing motor responses which absorb more energy than the ear can provide.”6 Most modern popular singing lacks the vitality of high-frequency harmonics as found in the singer’s formant—something I sensed years before I actually understood anything about it. Horst Günter calls modern rock and pop music “mostly very loud and often brutal sound”7 with “vocally destructive tendencies,”8 and that before its ascent in modern times it was understood that “singing in every form had to please and not hurt the ear.”9

Classical singing is the surest gateway to the production and hearing of high-frequency harmonics and receiving their resonating health benefits. It is for these reasons among many that I advocate classical vocal technique and the listening to classical music above all other musics without apology.

Depression
Tomatis found particular value in the singing of chant, specifically Gregorian chant, “itself a naturally filtered form of music” which “seems to be the translation of the physiological rhythms of the human being.”10 Madaule notes how “Gregorian chant is very rich in high-frequency harmonics, which are energizing” and his treatment modality includes both chanting as well as listening to high-frequency “filtered” classical music.11

Madaule relates the famous story of the monks that Tomatis visited at a certain French abbey in the mid-1960s after the changes in Roman Catholic practices with Vatican II. These monks had spent their lives singing, and now they were not singing! They had decided to “move with the times” and gave up the ancient practice of singing chant as part of their daily life and worship. Tomatis described a “collective nervous breakdown” among the monks with a “loss of energy” and a state wherein their “batteries were flat and needed to be recharged.”12 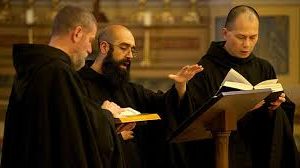 Madaule notes how “difficult” it was for Tomatis to get the monks singing again, as “singing is the last thing you feel like doing when you are depressed.” But Tomatis treated their depression with the restoration of daily chanting and the listening to his filtered music recordings, and in time “the great majority of them regained their physical and spiritual health.”13 The Tomatis method has been an agent of healing for Alzheimer’s, autism, learning disabilities, and developmental delays as well as for sufferers of depression.14

The great castrati Farinelli (1705–1782), considered by many to be the greatest singer who ever lived, was hired by the wife of King Philip V of Spain to use his voice in an attempt “to cure Philip V of his melancholy madness.”15 Farinelli faithfully served as a kind of in-house music therapist to the deeply depressed and dysfunctional king, helping to ameliorate his suffering by singing the same songs to him every night for 10 years until the king’s death.16

The effect of singing related to depression cannot be underestimated. The revitalizing of the body, the making of beautiful sound, the release of creative energy—these will often pull a person out of the mire of despair in ways that no therapy or medication ever can. I feel that singing—and what I mean by singing is singing with attention to the production of high-frequency harmonics such as found in classical singing and espoused by Tomatis and Madaule—should be a primary tool in the treatment arsenal for every therapist, psychologist, counselor, or pastor. It irks me that singing is not a first line of defense in treating such a debilitating and potentially fatal mental illness such as depression.

Performance Anxiety
Curious it is indeed that singing can cause performance anxiety and that breathing for singing can help cure it! Any singer who has ever performed knows the sensation of heightened awareness, sensitivity, increased heart rate, and perhaps sweating and dry throat that can accompany the singer to his performance. For many singers, this reaches to the level of true “performance anxiety,” which can be debilitating and render some singers unable to perform. I advise deep, controlled breathing akin to the Yogi breathing techniques I describe in “The Tao of Breathing” (June 2014) for the alleviation of anxiety for any reason.17 Pearl Shinn Wormhoudt, in her excellent writings on performance anxiety, suggests a deep “breathe 4—hold 4—exhale 4” exercise, combined with “easy walking back and forth” and calming visualization imagery before a performance in order to reduce the anxiety.18

Memory and Cognition
It has been shown that the brain centers of memory are stimulated by singing.19 Singing is being employed as a specific therapy to regain speech ability in stroke patients.20 In the years that I spent as a therapeutic musician, I had the privilege of being the vehicle for healing and life-affirmation for the sick and elderly in ways that few are ever privy to.

I saw nonresponsive and comatose patients open their eyes and sing along with me. I saw Alzheimer’s patients who could not remember their own names suddenly come alive and start singing the complete text of a hymn or song they knew from their youth. I was able to bring tears to the eyes of someone who could not speak and who grasped my hand in gratitude for giving them a song’s worth of beauty, truth, and memory—even if it was for only a few minutes. So good a thing, indeed.

It is for these among many reasons that I advocate singing—high-frequency, full-of-singer’s-formant classical singing—for its myriad psychological benefits.

Theresa Rodriguez received her master of music with distinction in voice pedagogy and performance from Westminster Choir College at Rider University in Princeton, NJ. She is currently a member of the voice faculty at the Community School of Music and the Arts at the Goggleworks in Reading, PA. She recently published a book of poetry entitled “Jesus and Eros: Sonnets, Poems and Songs,” which is available on Amazon.