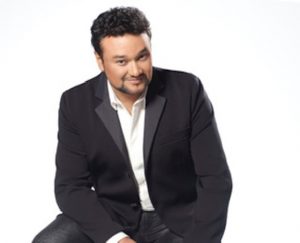 Mexican tenor Ramón Vargas has built one of the most enduring and acclaimed operatic careers of our time. An impressive vastness of repertoire, impeccable musicianship, and thoughtful interpretations have earned him constant engagements and praise on the world’s greatest stages and concert halls. It was a privilege and a pleasure to catch up with him 18 years after his initial appearance in Classical Singer magazine.

It has been 18 years since our last interview for Classical Singer. Today your career spans more than three decades, and you continue to be as active as ever. To what do you attribute this extraordinary longevity? And how can young singers follow your example in establishing solid foundations for a durable career and healthy management of their voices?

Yes, 18 years have passed, and at the time I already had 20 years of a career behind me, so now it’s 38! I think it was the great tenor Aureliano Pertile who said that to sing, one needs “the sacred handful”: voice, musicality, intelligence, stage presence, courage to conquer stage fright (temperament), and a good technique, among others. For me, most important is to have a good vocal technique. All the elements are necessary and they complement each other, but it’s from a solid technique that the voice develops in time. The benefits that a good technique give to a voice of medium quality are as impactful as are the damages that a deficient technique can cause in a high-quality voice.

Also, when you master technique, you can be a better interpreter since your physical expression and your voice adjust to the emotions better. Today we are under more pressure than we were a few decades ago, because anyone in the audience can film you with their phone and post it on the internet immediately. We are all pressured to look good, act better, and sing, given that we are an increasingly visual society. What is not seen can often be relegated to second place—so, because singing is not judged through the eyes, it can become less important. To sing opera one needs to have a high-level of physical and mental energy; we are the athletes of the voice.

According to scientists, performing opera implies an enormous capacity of coordination between the hemispheres of our brain. Singing and acting are each in themselves separate demanding disciplines that require years of study and preparation—and opera singers need both. At present, due to the glamour and fame that opera represents, it’s fashionable to invite theatre or film directors to stage operas. But not all of them understand opera and its needs.

As in everything, we can’t generalize; there are very serious directors who respect the music and the singers. But opera singers need to be seen and heard. They need to have contact with the conductor and to hear the orchestra. Directing an opera shouldn’t be improvised.

In another interview in which you commented on the dangers of technology on opera, you said that in the past the opera public used to “see with the ears” while today audiences are encouraged to “hear with the eyes.” Can you elaborate?

It was the Met that, several years ago, started to broadcast live performances in cinemas around the world. This was a novelty, a brilliant idea. I participated as a pioneer in this initiative with Puccini’s La bohème. Franco Zeffirelli’s magnificent veteran production was the first opera broadcast in international movie theaters.

This was the beginning of the intent to popularize opera, to make it accessible to everyone. The results were not exactly the desired ones: now the movie theaters are full and the opera houses are half empty. But this is the consequence of a process that started much earlier.

I think that the influence of what is called Regietheater (“director’s theater”) is the main cause of these changes. After the Second World War, with Germany and much of Europe in ruins, theaters were being restored at record speeds in the urgency to resume normal life. Art has always been important in these processes, and theaters have always had a strong influence on city life. Due to lack of resources at the time, they began to stage operas in more simple and economical ways, so new ideas and theatrical concepts emerged.

By the 1970s, Regietheater dominated all German theaters. In a nation like Germany, it’s understandable because there are cities that are very close to each other and they all have theaters, so it was necessary to change the format to attract the public. The rest of Europe didn’t join this process easily but, in time, Regietheater extended throughout all of Europe and, gradually, the world. This had positive and negative consequences.

Previously, opera governed theatre because of the voices (one “saw with the ears”); now, on the contrary, staging and its parameters govern the voices and sometimes even the music (so one “hears with the eyes”). I think the change was necessary to balance singing and theatre, but today we are taking this to the extreme. This can have grave consequences like the lack of voices for a certain lyric and dramatic repertoire and the deterioration of vocal technique. There’s a generation that has hardly seen or interpreted the operas as the composer and librettist thought them. This idea to broadcast opera in movie theaters and on the internet has set parameters that get farther away from the principles of opera.

The great opera composers created their works with capable and expert interpreters in mind; there are really no operas for beginning singers. Yes, there are certain roles that work better for debuting singers, like Zerlina and Masetto in Don Giovanni, Belcore in L’elisir d’amore, Musetta in La bohème, Liù in Turandot, Micaëla in Carmen, etc. But roles like Butterfly, Leonora in Il trovatore, the Duke of Mantua in Rigoletto, and many others cannot be easily interpreted by singers without experience. They were conceived for expert singers.

As we know, in an operatic plot, there is a clear discrepancy between what is and what should be. Just think of Cio-Cio-San in Madama Butterfly; according to the libretto, she is 15 years old . . . . But to interpret this role with success and without risks, a singer needs a lot of previous experience, and she might be double or more in age than the librettist suggests.

For film and television today, a 30 year old is already considered old. So, the tendency is to force the development of young singers’ voices and have them sing difficult operas prematurely, which has resulted in many unfortunate consequences. Opera is unique and needs to be respected for what it is. It was born for the stage and on the stage.

Opera is the most ambitious live theatrical spectacle that humanity has produced in all of its history. I don’t want to say that one shouldn’t bring it into modern times and promote it through current means of communication. This can be good, or it can be a necessary evil.

To bring it to the large masses now and then is great, such as the huge summer open-air concerts with microphones that delight tourists and locals in Europe and in other places. This is all good as long as one doesn’t violate operatic and musical principles and try to change them. Opera was conceived to be performed in opera houses and concert halls, and it is there where it should remain for the most part and continue to develop.

Tracing the arc of your career, it is clear that you have built your repertoire through a natural and healthy progression: beginning as a light tenor singing Haydn; moving to Mozart and Rossini; then Bellini, Donizetti, French composers like Massenet, Gounod, Berlioz; and then, of course, Verdi, without allowing yourself to be tempted by more dramatic roles like Otello and Don Alvaro or verismo roles (except for Rodolfo and Cavaradossi). Did this understanding of the right timing come naturally to you?

I think that knowing which roles to accept and which to reject is part of one’s talent. There are some voices that change with time while others don’t. Alfredo Kraus’ voice, for example, maintained itself in the same repertoire for decades. He was the best at his repertoire. I believe that if he would have wanted to change, he couldn’t have been as good, so with intelligence he stayed where his voice was successful.

It’s a sad truth that young singers can be influenced by those who make the decisions in auditions. I ask myself often how these people can do it: to have such a huge responsibility to select voices without having the preparation to do that. So I tell students to be patient with their own timing and that soon this tendency to choose singers that fit the look of the role will change and there will be a need to return to searching for suitable voices. There is one positive aspect in all of this confusion: it makes students learn how to be good actors, too.

I also believe that opera studios and Young Artist Programs are necessary because in the conservatories they teach you singing and different styles and other general aspects of music. But to become an opera singer, you need another type of preparation that only such specialized programs can give you. In these centers, it is very important to have expert singers who know how to share their experiences with young singers.

Last year you received the OPERA NEWS Award and you have expressed how much this recognition means to you and your remarkable relationship with the Metropolitan Opera: 223 performances of 19 different roles and 5 new productions in over 25 five years! You made your debut there in 1992, replacing Luciano Pavarotti as Edgardo in Lucia di Lammermoor. What do you find special about singing at the Met and what do you think helped you make that surprise debut a success?

The Met is a wonderful theater where I had some of my best artistic experiences. Being on that stage is incredible. I love the Met! Replacing someone at the last minute is a frequent way to make a debut, which happened to many singers: Giuseppe Di Stefano replaced Beniamino Gigli, Plácido Domingo replaced Franco Corelli, etc.

To do that successfully, you have to be prepared at all times and have a constantly active mental force and energy. I always say that to triumph there are various elements that can serve you, but there are three you can’t do without: capabilities, possibilities, and disposition (meaning a good attitude). And a little bit of luck helps.