I asked the exquisite Cuban soprano Teresa Pons how she dealt with the pain of not singing anymore. Her reply was achingly honest.

“Singing is an addiction,” she said. “You cannot separate yourself from it. You do whatever you need to do to continue. The fact that I’m not singing now is like a hook in my chest. In your life you start surrounding that hook with strength, and you build the small things of life around it to deaden the pain. You say you accept it with your mouth, but inside the pain is still there. As time passes, you’re fine, until you hear something that you have sung, and then you start crying.”

“You see, you” Teresa continued, referring to me, “walked away from singing. It wasn’t taken away from you.” Teresa had a pending contract with the Liceo in Barcelona to cover and sing Donizetti’s Anna Bolena. Less than two months before she was due to report to the famed theater, a car rammed into her on the way to sing a song recital. Her jaw was broken and her bottom teeth broken and jammed into her palate. She had a wonderful surgeon who left her with nothing but a tiny scar on her chin, but the inner wound was far more serious. The surgeon told her not to sing for at least a year or she would dislocate all of the very careful reconstructive work he did on her jaw. Poof! Teatro Gran Liceo was out the window in an instant.

Teresa never had a moment like the Liceo again. The opportunity had come as a result of several costly trips for vocal study, top-level coaching, and auditions in Milan, Spain, and Salzburg. She was the mother of three children, and her family never understood or supported the magnitude of her talent. They had reached the end of their tolerance for this “foolish passion,” and she simply didn’t have any more money, time, or heart to do it all over again. She sang many wonderful recitals and performances and was well respected as a singer—but the level she reached with her instrument, her dramatic ability, and her musical preparation, belonged in the topmost ring of the operatic stratosphere.

What I Did for Love

I, too, experienced a turning point. I was scheduled to sing Carmen in a Houston Grand Opera production with Plácido Domingo. I still have the letter from my agent at Columbia Artists Management saying, “Adria, this is it, what we’ve been working for.” At the last moment, tired of doing Spanish gypsies, Domingo withdrew to sing Otello instead. Somehow the irony didn’t register then. All the financial, vocal, and physical sacrifices seemed worth it. It didn’t matter to me that I was on thin ice wearing sharp skates.

A little-known composer, Charles Kingsford, leapt in like a saving angel and gave me a huge sum to get out of debt, telling me I needed to keep going, that this was not the time to give up. He believed in me as a singer and a performer, but most of all he was investing in his last opportunity to realize his own dream. If I became famous, his music might, at last, be brought to the world.

But my anger was rising. I had sacrificed so much and had so little to show for it. I never stopped spending money or working on my technique. I cut everything out of my diet that harmed “the voice,” the demanding parasite that, like the plant in Little Shop of Horrors, bellowed “feed me!” at every turn. I did yoga every day so my body would stay strong and flexible. I allowed relationships to die. My career had always come first—but my heart just wasn’t in it anymore.

When my best friend said, as she walked into the Met, “Come on, this is where you want to be, yes?” it paralyzed me at the door. I literally froze and couldn’t walk in. How amazing that someone so physically attuned could feel that immobility and not rush for help and find out why. I wasn’t happy anymore. The world I created on stage was far more beautiful than the reality of my life, but it was no longer enough. I wanted real happiness. How was I to find it? Finally, after 35 years, the burnout far outweighed the reward. This trained monkey threw down her tasseled hat and said, “I don’t want to do this anymore, and you can’t make me.”

I thought I defined myself as a person first, then as a singer—baloney. I didn’t even have any simple, human clothes. I kept buying clothes for a life I didn’t live. I bought gossamer, brilliantly-colored, tropical things. I live in the Northeast. What’s wrong with that picture? I had dinnerware for 12, but I was never home to serve anybody dinner. The friends I love are scattered all over the world.

One day at an airport luggage carousel, a little girl asked her mother, “Why is that lady wearing a costume? It’s not Halloween.” Ah, the wisdom of children. The lady was wearing a costume, darling, because she didn’t know how to be simply herself. Reluctantly, I sold the dishes, popped the bubble of Lady Bountiful the hostess, and started giving away the dreams, I mean—the gowns. I donated pounds of music to a university, and then I started selling the jewelry.

Dealing with the Pain

How did I deal with the pain? I withdrew from acquaintances, I had no desire for chitchat about anything, and I started asking myself why I was on the planet. I realized that somewhere along the way, I had lost the joy. I stopped listening to music. I felt like Scarlet lost in the fog of her dream. I didn’t know what I wanted. I had lost my mooring and I was adrift in the unknown sea of myself.

I spent a lot of time in silence. I was depressed and had no desire for the physical activity that had been such an integral part of my life. I only knew I needed to explore who I was. I began studies in life coaching, and in the intense courses I found new keys and hidden doors. It was a sad realization that so often I had been loved because I sang, not because of who I was. But I suspect that I, too, valued myself only because I sang.

I remember my aunt telling me, “Oh no, you can’t stop singing. I want to go to Europe again. What will I do?” Do? Get a life that isn’t mine, that’s what you can do! My mother told anyone who would listen, “I never wanted a child,” but all that changed when she realized I had talent. I became a valuable commodity. She worshiped the singer and never really tried to know me. In retrospect, maybe that was best. Had she known how tender, soft, and needy for her love I was, I would have been destroyed. To defend myself, I’ve perfected the art of being a people pleaser, a supreme diplomat. The cost of all that pleasing? I lost me.

In my despair I stopped taking care of myself. It didn’t matter how my hair looked or if I wore makeup. I became a slug. I had taken care of myself only because I was a singer, not because I felt I deserved it. It was only professional responsibility to look a certain way, to have certain discipline, and be the very best I could be. Once I removed the cloak of the performers’ package, I ate everything that I was allergic to, stopped doing my yoga, and didn’t utter a note for five years. When people asked me to sing I would say, with definite glee, “Not until I’m ready, if ever.”

Take All the Time You Need

It took me a long time to recover from my addiction, but I did. In the process, I discovered who I really am. So if you want, or need, to leave the stage, take time. Take all the time you need. Do any job you have to do to survive, but give yourself time to grieve. You need to take the time to mourn. Write it down, keep a journal, and don’t edit yourself as you write. Pour out all the anger, all the hurt, all the sorrow, and finally when you can write no more, burn it all, and let the past go up in smoke.

You must walk through your pain at your own pace. You may find it in cave-like silence or screaming from the top of a mountain. Whatever it is that you must do, do it—on your own or with help—but honor this passage of your life. Singing is an ancient, transformative rite and it holds enormous power to heal, to open, and to inspire not only the listener, but the singer. A gift like that is not something you set down lightly.

Discover what it is in you that is calling out to be heard. Read books, watch movies, take walks, and talk with those you love. Explore other aspects of yourself. Yes, a singer is an artist, but higher still, you are the creator of a far greater work—your life.

Next month we’ll explore tools and techniques to finding new pathways and a new definition of you. After all, you need to find your bliss before you can follow it. 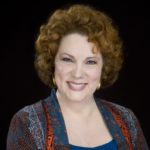 Adria Firestone, on the faculty in the Music, Dance & Theatre Department at New Jersey City University since 2003, teaches voice, movement for actors, speech for performance, acting, career development, and how to control stage fright. As a clinician, Adria has designed and presented programs for NJMEA and NATS, adjudicates Teen Arts, and gives regular workshops and master classes at schools, including Arts High School in Newark and the Girls Career Institute at Rutgers with the GFWC. She is a National Certified Trainer for  K-12 Time to Teach, an author, an instructional designer and a business and career coach. Adria was an award-winning opera singer and actor for over 25 years. Her credits include her world-renownedCarmen in Bizet’s opera to Family Guy. Adria won a Carbonell Award for Best Actress in a Musical (Aldonza in Man of La Mancha) and was Woman of the Year at the Spoleto Festival in Italy. For our troops in Desert Storm, from Shanghai to the Pacific Rim, and from Cairo to Canada, Adria has performed throughout the world