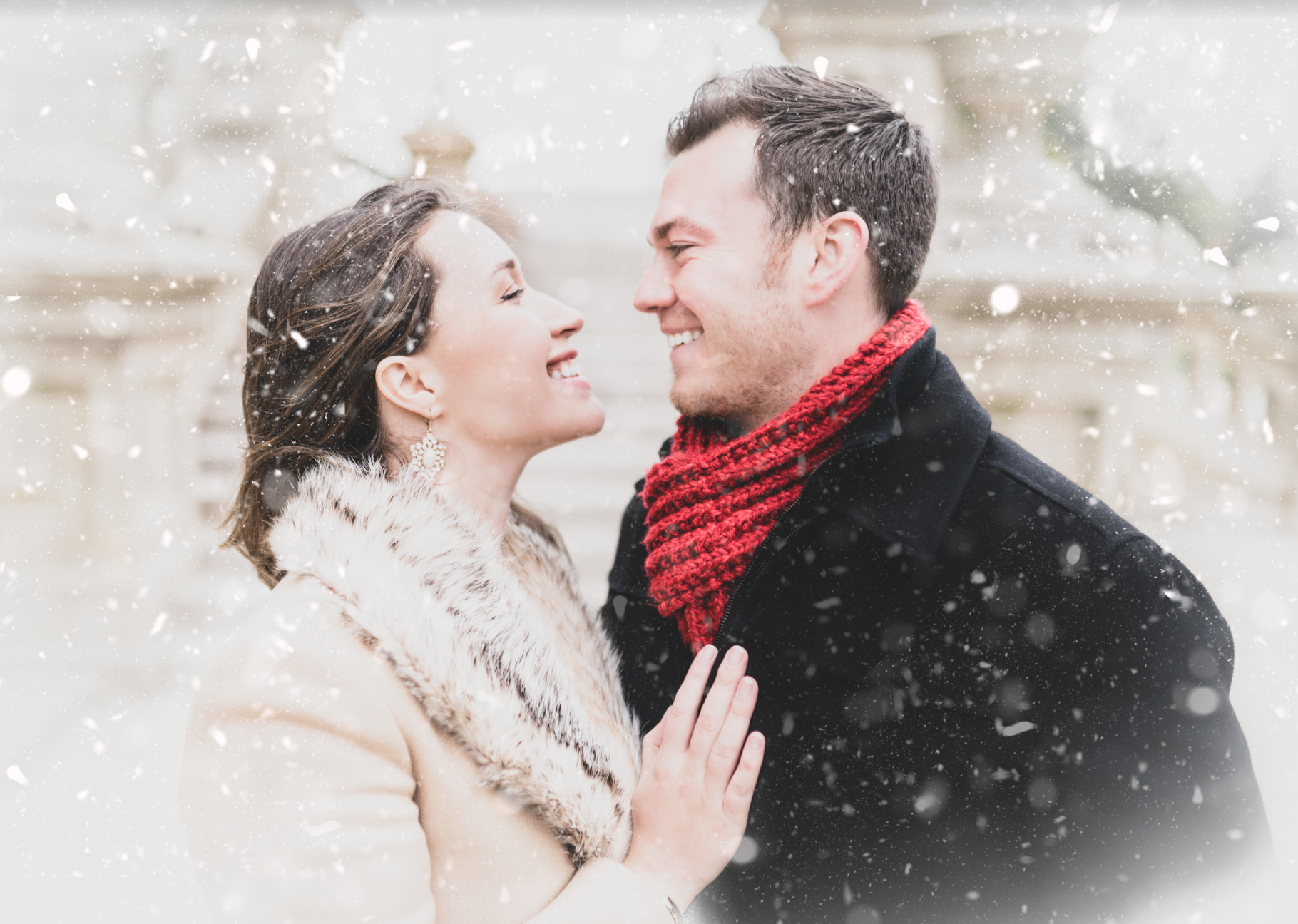 Like many singers during the pandemic, John and Gillian Riesen learned new skills to advance their careers. Their experience with recording, streaming, and promoting recorded classical music is a new growth area for classical singers to explore.

The pandemic abruptly halted school, travel, and work for many in the arts community. For married opera singers John Riesen and Gillian (Cotter) Riesen, the career interruption and quarantine turned out to be an opportunity and a blessing. They used their time creatively, acquiring skills that would help their careers, expand their nascent business, and allow them to produce and market their own album, Christmas at Home. They began in July 2020, and the album was released the following November. By December, the recording had been streamed more than 75,000 times on Spotify, Apple Music, Pandora, iTunes, and Amazon Music—and had been publicized in Playbill, Broadway World, Opera Wire, Philly Life and Culture, Detroit News, and many more outlets. And John’s solo music has been streamed more than 700,000 times this year.

John and Gillian had some help, but they made this happen with persistence, focus, hard work, and enthusiasm. The two make a great team: John is the Energizer Bunny while Gillian works best burning the midnight oil under the pressure of a deadline. We spoke over Zoom, while their infant son, Roman, intermittently shook his rattle in the background.

Let’s start from the top. This wasn’t your first time recording, right?

John: In 2019, an opera donor said to me, “I will give you the money if you make me an album of your baseball song, Craig Carnelia’s ‘What You’d  Call a Dream’ —a song about reliving a memory of baseball that has become your signature song, the song that you proposed to Gillian with, and some of my favorite songs.” I replied, “Sure, I’ll do that!” So I recorded my first album of 11 songs, What You Call a Dream.

I found a good recording studio in Lansing, Michigan, where we were living at the time called Blue Griffin Records. It’s run by a classical pianist, Sergei Kvitko. Our pianist and dear friend Neill Campbell played. Then I put it out on CD and on streaming services. It was mostly for donors and sold about 500 copies. When I wasn’t performing, I started looking into how best to promote my music through streaming and on social media.

About six months later, the pandemic came and I was sent home from singing the Prince in Cendrillon, an opera in which Gillian had sung. She was six months pregnant at the time and had coached me on my aria. But the jobs continued to get canceled because of the pandemic. When we realized that we were in this for the long haul, Gillian started to expand her website and photography business, helping to give singers, directors, and small businesses an online presence, which is so important now. The Met hired her to consult with singers from the Lindemann Program; Pensacola Opera and Santa Fe Opera also requested her assistance.

John: Marina Arsenijevic, the Emmy-nominated superstar crossover pianist, heard us sing at a breast cancer charity benefit in Detroit. She has an Instagram following of about 450,000. Her show, Marina at West Point, is the longest-running PBS concert of all time, with more than 550 broadcasts, viewed by 180 million people. She said to us, “Let’s keep in touch. I’d like to help you in any way I can.”

So during the pandemic, I called her and said, “I’d like to learn how you made your career in crossover and have millions, instead of thousands, watching.” She suggested that we start making videos together of songs like “You Raise Me Up” or “O Sole Mio.” She recorded a track in her home, Gillian set up equipment at our place, I recorded the song, and then Gillian mixed it. This is the way many people have been recording during the pandemic. 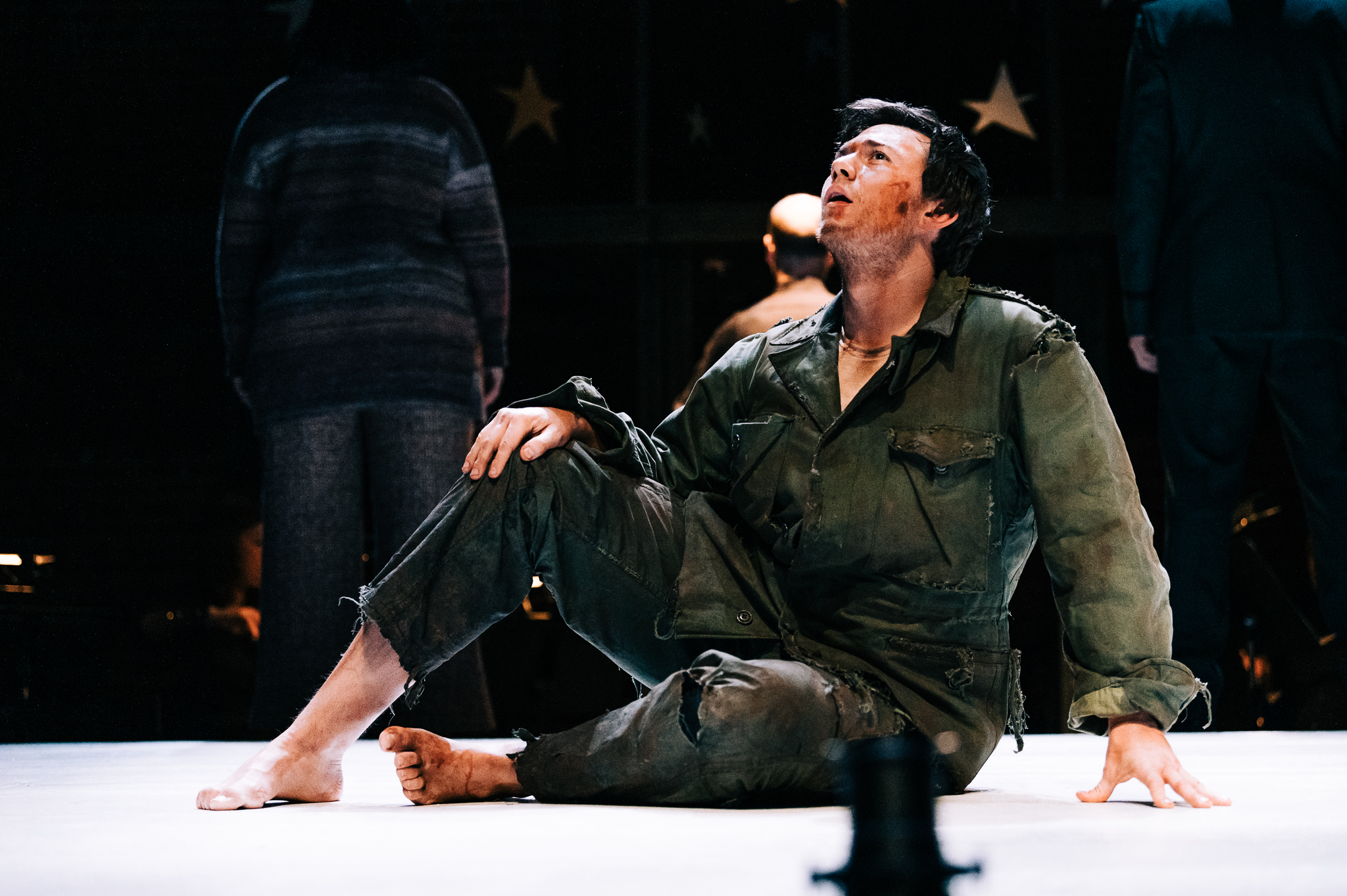 Gillian: Yeah, I hadn’t done video editing before. I gave myself a crash course at home. We had high-quality microphones, but we needed the software. I probably made it more complicated than I needed to—but I was bored. And so I learned a lot.

John: Marina would then post the video to her fan group through PBS. Out first video received about 30,000 views in one week. So she wanted to make more. We continued planning repertoire. We’ve now become like family.

In June, Marina suggested that we quarantine for two weeks and then come to her home. We recorded eleven more pieces. Gillian edited the videos and made album covers for the songs— Marina is all about packaging—while my younger brother Stephen edited the audio. It was getting late in Gillian’s pregnancy, so she didn’t want to sing. Anyway, she wanted to be behind the camera.

During our time together, I’d ask Marina how she had made her career. We learned a ton about the music business—for instance, clothing sponsorships (i.e., companies asking her to wear their clothing). She taught me how she grew her social media and how to set things in motion to make money through royalties. Then Marina suggested that Gillian and I do an album. We were all for it.

Gillian: Because of Covid, we thought that we wouldn’t be together with my big family, and most of them wouldn’t meet the baby.

John: And Christmas is a big deal with Gillian’s family. They go all out!

Gillian: We thought that a Christmas album was a way to be connected to them for the holidays. We were engaged in other recording projects, and John was getting involved with the social media and streaming industry. We knew how long the process would take. It was July—which, we calculated, would be the perfect time to prepare a Christmas album. We figured that by October we could socially distance ourselves from the sound engineer. And our pianist, Neill, was already in our “bubble.” 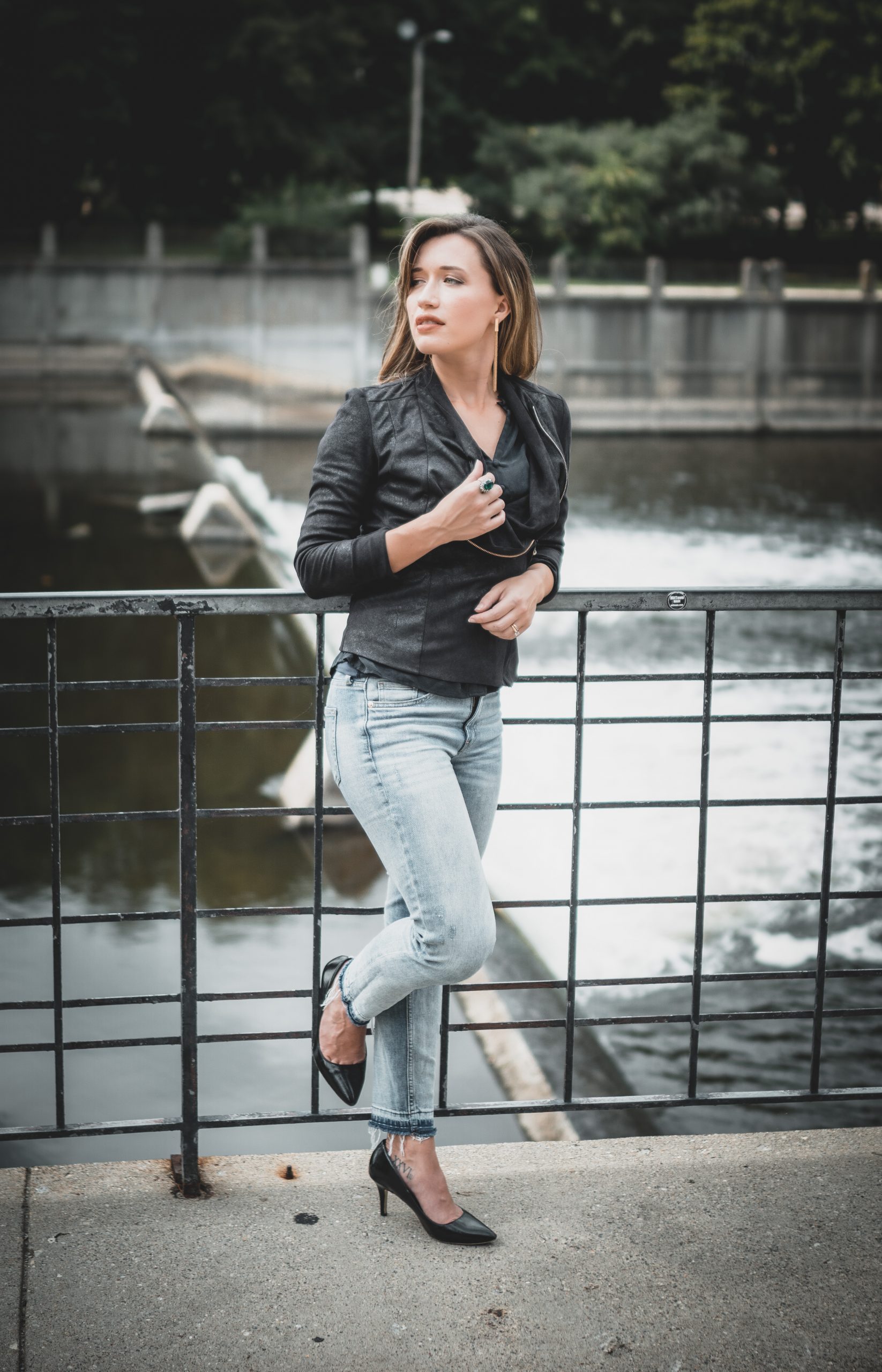 John: Gillian did all the design work and helped with the press releases. I kept sending e-mails and making phone calls, and we used a press agent, Bryan Buttler, based in Philly. He helped me introduce myself to the news stations and the larger press. Thanks to him, our album was included among those of famous artists like Dolly Parton. I just kept hounding people because … what else did I have to do? For someone like me, who runs at 400% energy and optimism, I found new outlets. Instead of learning upcoming roles, I spent that time contacting people, learning about passive income, how streaming promotion works, and how best to promote music online, both in hard copy and streaming. We were just trying to do something special. That is essentially what I’ve done for a year.

How did you choose the music? There are a lot of Christmas songs out there.

Gillian: We started by selecting the songs that meant something to someone special in the family and what would work with what was available: piano, jazz trombone, and “samples”—which are something that just about everyone uses now. 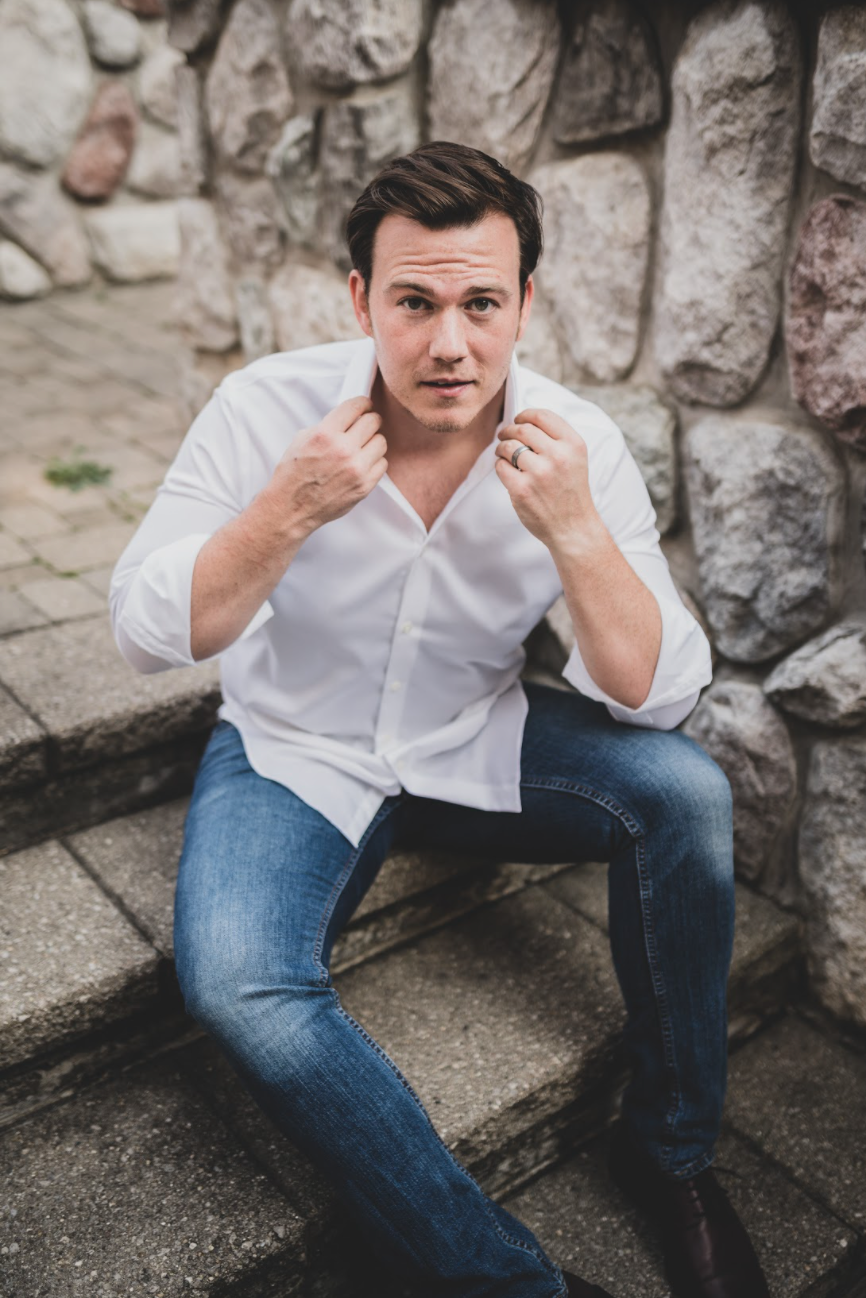 John: My younger brother says that no one listens to just piano and voice except classical people. On major labels, a lot of what you are hearing is orchestra or sample instruments. So I contacted Box 5 Productions in Detroit, run by Justin Spiro, someone we’ve known for a few years. He asked for a business plan: what songs, who would be involved, and a breakdown of the finances. He told us what was realistic, and we decided to go with 11 songs. Box 5 funded the album for a percentage of the sales. Then came the arrangements—I wanted ones that didn’t stray too far from the originals. One thing that was difficult to familiarize myself with was licensing and distribution. That’s very important if you want to stream your music. We went with a terrific company called Easy Song Licensing.

We recorded at Blue Griffin Studio with Sergei. Our neighbor—jazz trombonist Chris Glassman—improvised on seven selections in his basement studio, and Neill added the drums and strings from the comforts of his home. Everything was synchronized in the recording studio.

What was the hardest part of the process?

Gillian: Managing and producing the album. There are a lot of moving parts, and we had a deadline to submit it for the holidays. We took a lot on ourselves—and we had a newborn. If it weren’t for COVID-19, we wouldn’t have had time to do this.

John and Gillian Riesen with their son Roman

Now, six months later, Gillian and John have a new company called Emitha (www.emitha.com), a media design and management company for artists and creative businesses, where they hope to help teach other classical musicians and artists about all they’ve learned this year.

To hear the Christmas recording and others by Gillian and John, go to Apple Music, Spotify, or www.johnriesen.com/cah-nfo. 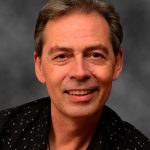 Mark Watson is a frequent contributor to Classical Singer. He studied voice on full scholarship at the Juilliard School and is a board-certified music therapist and a registered Rodenburg teacher.