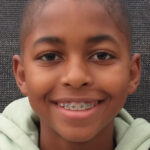 Most singers study opera and attend countless performances before singing a leading role with a major opera company. Before he ever heard an opera, fourteen-year-old Jonathan Harris landed contracts this season to portray young Emile Griffith in Terence Blanchard’s Champion at Boston Lyric Opera, and Young Malcolm in Anthony Davis’s X: The Life and Time of Malcolm X, opening this June at Boston Modern Opera Project. These coveted job offers might seem rare to most teenagers, but it’s just a regular day in the life for Harris, an honors student at Plouffe Academy.

Jonathan discovered a love for singing at an early age in Berea Boston Seventh Day Adventist Church. Thanks to regular voice lessons with his mother, Jonathan’s musical abilities quickly grew, affording him myriad high-profile opportunities to express his talents. He performed as an instrumentalist and solo singer in the Aesop’s Fables musical at Hudson PEP (Planned Enrichment Program), and he sang solos in the Talented and Gifted Program at Plouffe Academy. As an Advanced Intermediate member of the Boston Children’s Chorus, he caught the attention of conductor Krystal Morin. When she heard that Boston Lyric Opera was in search of talent to portray Champion’s title character in his childhood, she suggested that Harris should consider it.

Casting Harris was an easy decision for the artistic leadership at BLO, and he earned a contract to sing young Malcolm at BMOP a few weeks later. Harris mused on his quick rise to stardom: “I never had the chance to be in the audience for an opera, but I now look forward to attending a performance in the future. At first, I didn’t think it was a big deal to sing roles in two operas at my age, but now that I think about it, I realize that it’s pretty cool. I had never even been to an opera house, and now I enjoy being in the theater and seeing the beautiful architecture.” Learning to perform under pressure presented a learning curve, but Jonathan quickly adapted: “I got nervous in front of other people but singing in Champion has helped me to overcome those nerves. I now feel much more confident in my abilities for Malcolm X. I am excited to sing this opera, and I hope that people will be blessed by my voice.”

When asked about his future academic and career aspirations, Harris didn’t hesitate to answer: “I want to go to a college with a great forensic science program. I was in a summer camp, and that was when I really got interested in the subject. One day I would like to become a forensic investigator.” He doesn’t plan to forget about singing, though. “I think music will always be a part of my life. It is the thing that I love most, and I will do anything to always make sure that it’s a part of my life if I can still pursue my other careers.”

Harris remains constantly active, and his interests are wide and varied. “I balance my time between baseball, opera, school, church, and pathfinders.” He is eagerly anticipating opening night when he can perform for an audience including his friends, family, and even his school’s principal.

X is the first production in BMOP’s five-year performance initiative As Told By: History, Race, and Justice on the Opera Stage, an extensive presentation of opera by Black composers. Harris expressed his passion for the project: “I’m very interested in the other pieces BMOP plans for the next 5 years in the ‘As Told By’ series, and I love the people and stories of these operas.” 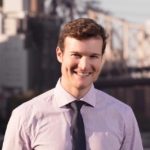 Jonathan Blalock has sung with The Santa Fe Opera, The Dallas Opera, Washington National Opera, Des Moines Metro Opera, The Pacific Symphony, Memphis Symphony, PROTOTYPE Festival and Opera Hong Kong. He currently serves as The Associate Director of Development for Major and Planned Gifts at The Atlanta Opera, and he is a member of the Classical Singer Magazine editorial board.