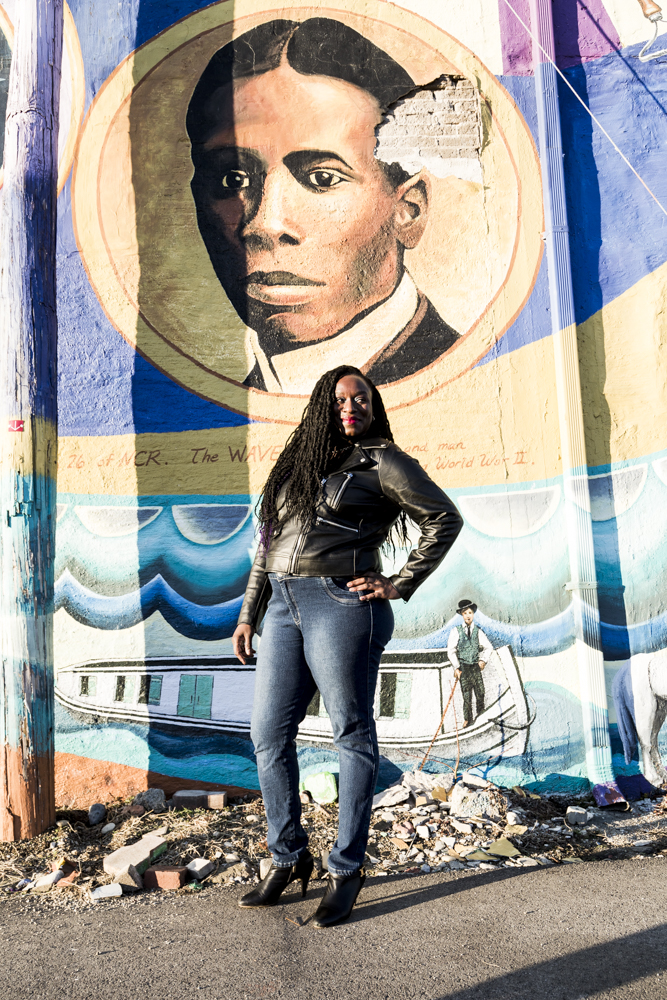 I know what the caged bird feels, alas!

When the sun is bright on the upland slopes;

When the wind stirs soft through the springing grass,

And the river flows like a stream of glass;

And the faint perfume from its chalice steals—

I know what the caged bird feels!

I know why the caged bird beats his wing

Till its blood is red on the cruel bars;

For he must fly back to his perch and cling

When he fain would be on the bough a-swing;

And a pain still throbs in the old, old scars

And they pulse again with a keener sting—

I know why he beats his wing!

I know why the caged bird sings, ah me,

When his wing is bruised and his bosom sore,—

When he beats his bars and he would be free;

It is not a carol of joy or glee,

But a prayer that he sends from his heart’s deep core,

But a plea, that upward to Heaven he flings—

I know why the caged bird sings!

f you thought the phrase “I know why the caged bird sings” originated with Maya Angelou, it is time for you to meet your favorite poet’s favorite poet. Meet my friend Paul Laurence Dunbar.

This is a story of my friendship with Dunbar. This story is one of love, heartbreak, understanding, respect, and an enduring friendship separated by approximately a century. This friendship has refined me as a performer and helped to shape me as an artist. Within the ivory tower of music academia, it was in amplifying Dunbar’s voice that I found my own.

Dunbar’s literary influence on American literature laid the foundation for the Harlem Renaissance. His unapologetically Black voice influenced the genius of Angelou, Zora Neale Hurston, Langston Hughes, and James Baldwin. His facility with both dialect and standard English made him a household name. During his lifetime, Dunbar was known as the “poet laureate of the Negro race” and he was the first African American author to live by his pen. His papers are full of correspondence with the who’s who of the brightest and most innovative minds of the turn of the 20th century. Ain’t he somethin’?

The moment I moved to Dayton, Ohio, I noted that Dunbar’s legacy and impact on the city is evident, the energy of it almost palpable. His face is on murals and his name is on streets, schools, and programs; his home still stands, the first state memorial in Ohio to honor African American history; and he is buried next to the University of Dayton campus in Woodland Cemetery & Arboretum. My current home is two miles from the location of Dunbar’s first poetry reading at Eaker Street A.M.E. Church. He has left upon Dayton an indelible mark and, like the parlor songs of his era, he has become so deeply imbedded into American culture that he is often not acknowledged as the source of influence. Ever the faithful friend, I love to trace the most celebrated American writers back to Dunbar’s works.

If words were involved, Dunbar was there to try his hand as wordsmith. His output includes poetry, short stories, essays, articles, lyrics, and libretti. Notable among his work as librettist are his collaborations with Will Marion Cook and Samuel Coleridge-Taylor.

While works with Cook were in the minstrel style so popular in Dunbar’s day, his works with Coleridge-Taylor include art songs and an operetta. Posthumously, his personal life has been adapted to works for the lyric stage by Richard Thompson, Steven Allen, Adolphus Hailstork, and Jeff Arwady. The transcendence of Dunbar’s work is evident in the consistent settings of his texts by his contemporaries and successors alike, including Carrie Jacobs Bond, H. T. Burleigh, Betty Jackson King, H. Leslie Adams, William Grant Still, Florence Price, and so many more.

Dunbar’s use of dialect made him controversial. Critics of the mid 20th century dubbed Dunbar’s use of dialect “self-hating,” completely overlooking his use of plantation-tradition literary devices as tools for critical social commentary. The critics also ignored the message and subtext of his dialect works and neglected the beauty of his standard English works. Dunbar himself expressed frustration at the emphasis on his dialect writing. Its success was both his blessing and his curse.

In my lectures, I often liken Dunbar to a modern-day rapper; he has the gold chains but, if you listen closely, his message is something different. He uses the most successful conventions of his time to speak his mind. There are more links to his hip-hop influence, including my theory that he was the first lyricist in the genre but, alas, that is a different article.

The cultural aesthetic of poetry recitation as an aspect of the performing arts waned in the late 20th century. There was a time when poetry recitations were a regular part of curricular, social, and sacred events throughout the U.S. When I found a beautifully illustrated book of Dunbar poems among my grandmother’s belongings after she died, I was able to trace this gap of appreciation in a very personal way. Grammy was known to recite a poem or two in her day.

You see, Dunbar and I intersect in too many ways not to vibe. Born and raised in Ohio, I have found the Black culture of the Midwest to be unique. To put it simply, I understand his code switch. I understand his nuanced use of popular literary devices, the Black church traditions present in his work, and the need to push for equality. We are both performers at our core. The voices of the men and women who raised me echo to me through his characters.

Yes, Dunbar and I are good friends. And we all get by with a little help from our friends, do we not? He began to introduce me to his.

My first and most influential introduction was to Herbert W. Martin, renowned Dunbar scholar, editor, and performer. In 2012, we began to perform a recital of poetry recitation and art songs, all with Dunbar’s texts. Martin and I alternated sets of Dunbar’s words, and I fell in love with the entire process. How could I not, when my introduction to performing Dunbar’s work came alongside such a masterful performer as Martin?

Additionally, focusing on the poet freed me to champion and perform a variety of the underrepresented composers I had come to love. This was my Young Artist Program: singing a recital dozens of times on recital tours and at conferences; learning to sing in different spaces and for unique audiences; and performing rain or shine, tired or energetic. When I established the Dunbar Music Archive in 2014, I had stumbled upon a research agenda especially suitable for a performing scholar. It anchored me to Dayton and supplied a steady stream of interesting repertoire upon which I could continue to refine my technique.

Dunbar next introduced me to Coleridge-Taylor, an Afro-British composer and conductor. Dunbar met Coleridge-Taylor while on a literary tour in London in 1896. Though born on different continents, they bonded over the Black man’s struggle. Both would become stars in their respective fields only to die too soon.

I lectured about their collaboration and performed their song set, Seven African Romances, and operetta, Dream Lovers. Most of Coleridge-Taylor’s output is instrumental and his expectations for the voice are similar. I found his art song settings incredibly elegant and satisfying. The unusual melodies of Dream Lovers offered a unique performance challenge, and my work with Dunbar continued to challenge and grow me as an artist.

An introduction to Dunbar’s wife followed. In a move truly worthy of an operatic plot, Dunbar fell in love with Alice Ruth Moore after seeing her picture adjacent to one of her published poems. She was an enormous influence on his life, and he dedicated much of his work to her—his muse. Between the two of them exists the first example of an epistolary courtship between free Black Americans.

Within the pages of upwards of 360 letters, I discovered a complicated human. You could find me burning dinner, I was so engrossed in their correspondence. He writes to her, “I would rather be your captive than another man’s king.” When the grandfather of Black American literature pitches woo, honey you fall! It was humbling to step into the intimate lives of these brilliant people for whom I have such respect.

After a blazing and tumultuous romance, Dunbar’s alcoholism, cheating, and abuse proved too much for Alice to bear. They parted ways and I, heartbroken, created “Dunbar in Love”—a staged, multimedia performance with iconography, letter and poetry recitation, art songs, motivic incidental music, and hymnody. In addition to the iconography, the event included Dunbar-themed artwork from Willis “Bing” Davis’ EbonNia art gallery as projected images.

The incidental music included the music of composers Dorothy Rudd Moore and Hailstork, who had each set Alice and Paul respectively. Ready to try my voice in a different way, this was my poetry recitation debut. The cross-training of performing various styles created an entirely new performance experience for me.

Dunbar’s most recent introduction to me has been composer Zenobia Powell Perry—a fellow southwest Ohioan. She says, “A person should know something about the place where they live.” That belief led to her research and set Dunbar’s texts.

Coming soon, funded by a grant from the Mellon Foundation, is the first volume of the Highlights of the Dunbar Music Archive distributed by Albany Records. The next performing adventure awaits.

Dunbar finds me blunt and crass, and I find him Victorian and stuffy, but we understand one another. His writing brought dignity and nobility to every character, whether dialect or standard. He joined the voices of the first generation of freeborn Black Americans. I imagine us close enough that he would stroll through my back door and grab himself a beer from the fridge while I make him a plate and we discuss our next project. We forgive our flaws and differences for we have work to do, Dunbar and me.

Minnita Daniel-Cox, a native of Columbus, Ohio, attended Bowling Green State University, where she received a bachelor of music in music performance, and the University of Michigan, where she earned both her master of music and doctorate of musical arts degrees. In 2014, Daniel-Cox established the Dunbar Music Archive after extensive research regarding the musical settings of texts by poet and Dayton native Paul Laurence Dunbar.