Dismantling systemic racism in the arts will create a better environment for all.

What happens to a dream deferred?

Or does it explode?

n this time of unrest, when many of us are stuck at home or forced to work in dangerous conditions, we see our musical dreams start to putrefy as live performances stutter and stall. We see an opera world in an interesting condition: companies are shut down all over the U.S. and, at the same time, many of them have released statements condemning racial inequality and police brutality and professing solidarity with Black Lives Matter. Many of these organizations have never commented on racial matters before, so why have they decided to start now? Why has this magazine decided to start now? I have some ideas but, first, a story of a deferred dream. 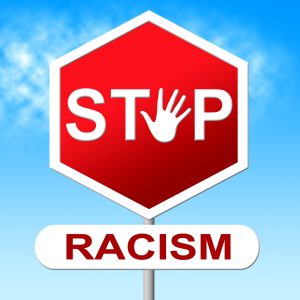 In 2015, I came across the voice and story of Robert McFerrin, Sr., in the course of some recital research, and my whole view of the classical singer world shifted. I’d been raised on the exploits of Marian Anderson, Leontyne Price, Roland Hayes, and Paul Robeson and I learned of Simon Estes and George Shirley in college. But the story of McFerrin hit me differently, partly because I had become sure that I would never find a baritone hero who looked like me, especially not one who had scaled the heights of the Metropolitan Opera stage decades ago—debuting the same month as Marian Anderson and a few years before Leontyne Price. As instruments who never get to hear ourselves as others hear us, finding an established singer with a sound we empathize with is a pivotal moment, and McFerrin was my first such operatic role model. His sound reminded me of the voices I grew up hearing in church as a boy.

In 1953, McFerrin won the Metropolitan Opera’s Auditions of the Air (so named because at that time, they were held over the radio). Though the usual award was six months of training and a Met contract, McFerrin was given 13 months of training and no contract. In 1955, McFerrin became the first Black singer to sign a lead contract at the Met, as well as the first Black man to sing a leading role at the Met and the New York City Opera. But after scant Met contract offers over the next three years, he moved to California in 1958 and never sang again at the Met.

McFerrin was under-recorded, but what I could find of him on YouTube assured me that the Met was lucky when he graced their stage. So why were his visits so rare? By the time of his radio audition win, McFerrin already had plenty of experience onstage in major roles from the musical theatre and operatic repertoire, and his voice was a marvel. Opera is famously a “voice first” art form. We proudly proclaim, “prima la voce,” but time and time again the most illustrious opera houses have shown us that the skin the voice arrives in is perhaps more important.

Though Black singers continue to be the “first to sing here, first to sing there,” these breakthroughs are not badges of honor for opera companies but rather marks of shame, particularly because (as in the case of Anderson and McFerrin) these firsts are often followed by a trickle of Black voices at best. The Met is by no means the whole of the operatic industry, but it is telling that the wonderful Will Liverman was the Met’s first ever Black Papageno in The Magic Flute this past January, while the Met has mounted The Magic Flute 450 times since its founding in 1883! The dream of “prima la voce” has not yet been realized in opera, and now the explosion of the Black Lives Matter movement has forced many industries to pay attention.

The problem with all of this frantic solidarity signaling is that an immediate response cannot fix institutional racism. Dismantling systems is a long game, so any company that doesn’t already have a track record of Black leadership and Black musicians can’t solve its problems with a statement or post. It will take sustained granular work for each of our operatic institutions to get a clean bill of racial health, because no form of discrimination exists in a vacuum.

The anti-Black racism coded into the arts also leads to discrimination against non-Black groups, like non-Black women, children, and students. If we extrapolate from Professor Kimberlé Crenshaw’s idea of intersectionality (defined by the Oxford English Dictionary as “the interconnected nature of social categorizations such as race, class, and gender, regarded as creating overlapping and interdependent systems of discrimination or disadvantage; a theoretical approach based on such a premise”), we see that oppression of one group can extend quickly to others. Recently we’ve seen how easily misogyny and abuse are excused when the perpetrators are powerful men. Yes, like all colonial art forms, opera runs on a structure of systemic white supremacy. But does it have to be so?

If we dare to dream of an art form wherein the voice—not just oscillations and decibels, but the artistry and person behind the sound—is top priority, then we can use this time of near-global pause to rebuild our industry. We must make it so, or else we prove our artistic principles to be lies.

We must pressure existing and major companies to back up their statements with their hiring and casting practices—and we must hold newer and smaller companies to the same standard. We must continue to question our institutions until they actually care about Black lives—not just because it’s the moral thing to do, but because progress toward social justice actually does trickle down and makes a better environment for us all. Otherwise, our dream can just dry up and we can step away from our motto of “voice first.” We are all one singing body and, ultimately, “prima la voce” must mean people first—because without all of us, there is no voice, there is no song. 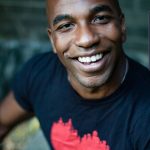 James Dargan is a creative artist and authenticity addict from the Southeastern U.S. He lives in New York where he sings ensemble and solo work in addition to playing the violin, composing, writing, teaching, and translating poetry and prose from several languages. He takes great joy from performing his social justice-oriented program “Oh, Glory!” anywhere and everywhere, leads workshops on spirituals and the Black church, and is honored to walk in his family tradition of telling truthful stories. Find Dargan on Facebook at James Dargan, Artist; on Instagram @leoestleo; on Twitter @julyleo7247; and on the YouTube channel pantanegro.