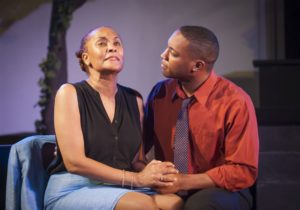 According to the Pittsburgh Post-Gazette, the New York Festivals International TV & Film Awards has announced the presentation of its award for excellence to Pittsburgh Festival Opera (PFO) for its production of A Gathering of Sons. PFO commissioned the opera from composer Dwayne Fulton and librettist Tameka Cage Conley as part of its Music that Matters series. The 90-minute work tells the story of black parents whose son was shot by a white cop and goes on to describe the healing that occurs when love and compassion overcome hatred and violence.

In a press release, the stage director of A Gathering of Sons, Mark Clayton Southers, notes, “This is a huge win for Pittsburgh Festival Opera. [It is] a testament to the power of a great story and the beauty of artists being appreciated and rewarded for their hard work and dedication to their craft on the international stage.” Hopefully, more people will soon be able to see this new opera.

According to OperaWire, on April 26 and 27, 2019, Carnegie Hall will offer the world premiere of Nooma, a work for babies co-commissioned by San Francisco Opera, Minnesota Opera, and Carnegie Hall. It is the latest entry in the Hall’s series of programs for small children. Nooma, for which Saskia Lane composed the music to a libretto by Zoë Palmer, will be performed by the Moving Star Vocal Ensemble.

Due to high demand for tickets, the performances will be repeated in New York October 14 to 18, 2019. Minnesota Opera will offer it on May 31 and June 1 of this year and San Francisco Opera will include it in a future season. 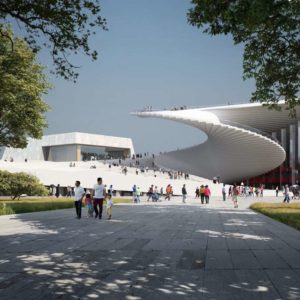 According to msn.com, the architectural firm Snøhetta has unveiled plans for a major new opera house in China. Snøhetta was founded in 1989 by Norwegian architect Kjetil Trædal Thorsen and American architect Craig Dykers. Its plan for Shanghai includes a fan-shaped, stepped roof that will connect a riverside plaza with upper levels of this world class venue. According to Snøhetta, the open plaza will double as a meeting place and a stage for major public events, while the building’s 2,000-seat auditorium will contain a state-of-the-art working stage and superior acoustics. Other performing spaces in the house will include a 1,200-seat theater for smaller productions and a flexible 1,000-seat space for experimental performances.

Snøhetta representatives predict the opera house will be an accessible “canvas” for global visitors, local citizens, and artists from around the world to fill with vibrant life and full-blooded culture.

Born in New York City to a British mother and a German father, Maria Nockin studied piano, violin, and voice. She worked at the Metropolitan Opera Guild while studying for her BM and MM degrees at Fordham University. She now lives in southern Arizona where she paints desert landscapes, translates from German for musical groups, and writes on classical singing for various publications.