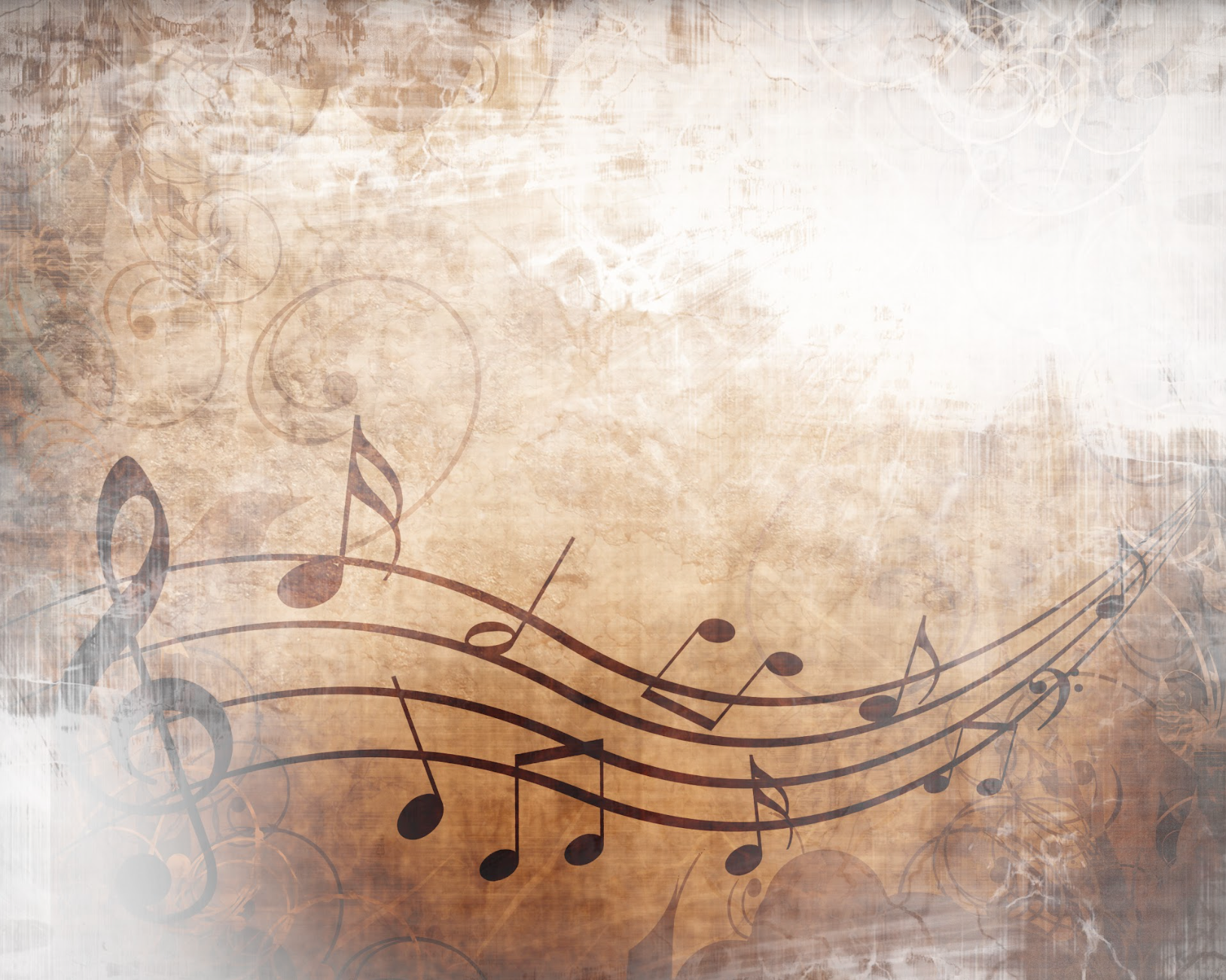 Working on your Italian lyric diction is. . . come si dice? Più importante! Outside of diction class and voice lessons, subscribe to DictionBuddy.com or ItalianforSingers.com for pronunciation practice of your song texts. If you are a curious scholar looking for songs beyond the 24 Italian Songs and Arias that will help you level up, this column is for you.

Barbara Strozzi was a renowned virtuoso singer and one of the most prolific composers of her era. She is known for taking great care in setting texts musically. Dr. Candace Magner, editor of www.BarbaraStrozzi.com, writes, “Her creativity was such a force in fact that she is sometimes credited with the genesis of an entire musical genre—the Cantata.” The song “Chi brama in amore” is a prime example of Strozzi’s descriptive and flourishing text setting and serves as an inviting recital opener. Originally composed for soprano and continuo, the music can be purchased in soprano or medium key (with continuo part, not a piano realization) in the collection Amante Loquace from Cor Donato Editions, www.cordonatoeditions.com.

Looking for a jaunty Italian audition song? Look no further than this aria antiche. Underclassmen learning Italian should be able to learn the brief text quickly and spend more practice time on their Italianate vowels and vocal agility. Available on imslp.com or in Hal Leonard’s Italian Musical Treasures of the 17th and 18th Centuries.

Isabella Colbran was a dramatic soprano and published composer, and she married a pretty cool cat (Giacomo Rossini). Colbran published four collections of her own songs in the bel canto style. “Gia la notte” is a brief, lovely barcarolle that is wonderfully suited for singers learning to sing in Italian. This song and more gems are available in the Hildegard Publishing Company anthology 24 Italian Songs by Women Composers.

This lovely Italian song was arranged by Pietro Floridia in Early Italian Songs and Airs. (Out of print. If interested, check your university library or look for a used copy.) Sartorio’s songs didn’t make it into the traditional collection of 24 Italian songs, but he was a leading opera composer in Venice. Sopranos and tenors can wow a crowd by singing decrescendo and messa di voce on the repeated high “sigh” figures.

Vivaldi was one of the great Baroque composers. His aria “Vieni, vieni” is as beautiful as it is short. It is a one-page aria that will be accessible for Italian newbies learning to ornament repeated phrases, or would be a lovely recital addition for more advanced singers that need to add an additional Baroque moment to their program. Available from Classical Vocal Reprints in Vivaldi: Six Arias.

This song is published in Ricordi’s 30 Arie Antiche in low or high keys, or look for Di-Arezzo’s 6 Ariette Opus 95 for voice & guitar. Giuliani was at the forefront of creating a presence for guitar in classical music. Frustrated by the public’s obsession with opera, Giuliani moved to Vienna, where he gained celebrity status as both a performer and composer. This song is a short, stunning chamber musical experience for voice and guitar to share—excellent for students and professors alike.

Righini’s music is composed in the classical style of Haydn, Mozart, and early Beethoven. His arias display bravura and make great audition or competition arias because they are brief but showy. “Placido zeffiretto” is a pastoral song in which the narrator calls upon the breeze to tell her lover “whassuh” in the most elegant fashion. Available from Southern Music Company’s Twelve Ariettas by Vincenzo Righini.

Calling high sopranos and budding Rossini mezzos: this song is for you! Train for your coloratura arias with this delightful orchestrated song. “Il bacio” is filled with melismas and high notes to show off an agile voice and practice your ability to turn “ah” into bliss, laughter, and maddening bursts of excitement. Arditi studied with Vaccai, a master vocal pedagogue, and was a contemporary of Verdi, so you know you are in for a great sing. Available in Alfred’s Gateway to Italian Art Song in high or low keys.

Tosti’s Neapolitan songs are favorites of stars like Pavarotti and students alike. He composed over 300 songs that will make you swoon with legato phrases that embody operatic notions, but were composed as songs for voice and piano. “Non t’amo più”  is a heartbreaker well suited to advanced students with secure breath/body connection for extended legato phrases. Proceed with caution: audiences fall in love with singers who offer Tosti. Available in Hal Leonard/Ricordi’s Francesco Paolo Tosti: 30 Songs.

The Norwegian composer that specializes in ancient poetry published a rare gift: early Italian songs with spectacular piano realizations. “Caldo sangue” is an aria for the exceptional soprano or tenor with maximum control thru the passaggio and the ability to “float” through the high range. Music available thru Recital Publications of TX, Arne Dørumsgaard: Canzone Scordate Book V, Six Early Italian Arias.

For the sizable voices dreaming of singing Tosca or Rodolfo, I offer you a Puccini operatic moment in a context that was composed for voice and piano. “Sole e amore” is a charming song that quotes the melodic grandeur of Mimì’s arias in La Bohème. Music available from Oxford University Press as Giacomo Puccini: Songs for Voice and Piano.

For a new twist on a classic song from the epic 24 Italian Songs & Arias, delve into Gendel’s Italian Songs & Arias, Reimagined. The collection is available from ClassicalVocalRep.com or on the composer’s website www.scottgendel.com. Gendel wrote, “My intent is not to parody these songs or ironically distance the listener from them; rather, I seek to sincerely re-interpret them in new and exciting ways. It is my hope that the charm of the original melodies co-existing with my new settings will allow the resulting songs to be immediately appealing, musically complex, and intellectually rewarding.”

Martucci was one of the few Italian vocal composers not writing opera; rather, he composed orchestrated songs of exceptional musicality. This set is an orchestrated work in seven sections for mezzo soprano: a fabulous project for a graduate student and a welcome entry for a concerto competition. The influence of Brahms and Mahler’s orchestral language lives in the richly colorful, harmonic songs. Score available from ClassicalVocalRep.com.

Respighi spoke 11 languages fluently—a gift that emboldened him as a consummate composer of art song. Saskia Giorgini, pianist on Ian Bostridge’s Respighi album wrote, “His clever and always sensitive choice of poetry is a direct reflection of the breadth of his musical imagination. The resulting combination of music and words is as powerful as it can be—which is not at all obvious, and we often find less successful examples even by the greatest of composers.” “4 Liriche Armeni” can be downloaded as a PDF on ClassicalVocalReprints.com and would be a gorgeous recital set for the ambitious senior or perfectly suited for a master’s level recital.

If you enjoy the hunt for lesser-performed repertoire, you might consider joining the Facebook group “A New Song A Day,” where wonderful recordings are posted daily. See you in the next issue for “Unexpected Vocal Literature, Part III: German Lieder.”

Soprano Christi Amonson is an assistant professor of voice and director of the Opera Initiative at Augusta University and a teaching artist in residence for the summer Festival de Ópera San Luis in Mexico. She earned her DMA at the University of Arizona, her MM in voice at the Manhattan School of Music, and her BM in music education at the University of Idaho. Amonson is an active singer, writer, and member of NATS and NOA. She lives in Augusta, Georgia, with her husband and three daughters.