December commemorates Maria Callas’ birthday. As we remember her legacy, let us pay tribute to her contributions that transcended traditional vocal technique. 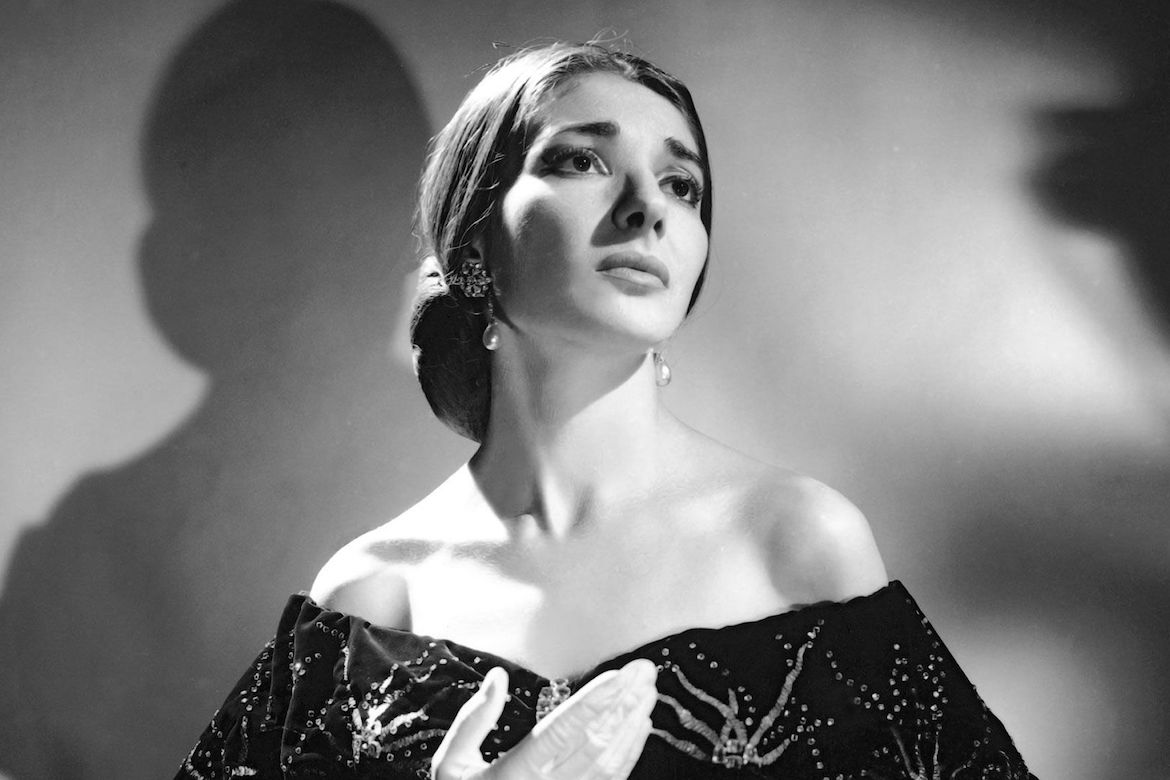 n December 1952, La Scala opened its season with a performance of Giuseppe Verdi’s Macbeth starring Maria Callas as Lady Macbeth. The live recording of that performance captures Callas at 29 years of age, basking in her vocal and artistic powers, as well as the tumult of an audience brought to the edge of frenzy. Callas’ interpretation of the role subjugates the listener from start to finish through her ability to penetrate, unsettle, and unleash emotions in a delivery often divorced from conventional notions of operatic vocal beauty. The phrase that begins Lady Macbeth’s aria in the sleepwalking scene—as the tormented, somnambulic queen attempts to remove the blood stains she still sees on her hands—is “Una macchia è qui tuttora! Via, ti dico, o maledetta!”

Callas delivers the first half of the phrase in a guttural, lamenting sound, and only when she arrives at “Via, ti dico” does she sound conventionally operatic as though paying a brief respect to the art form before crossing its boundaries again in her utterance of “maledetta.” On that word, particularly in the enunciation of the syllable “de,” her voice slides into a blend of mild grunting, hoarseness, and moaning which, from a vocal technique perspective, sounds like an unhealthy glottal slip that would cause voice teachers to cringe. The entire phrase, culminating in the rawness of the “maledetta” utterance, wrenches emotion away from any mental grip in the attempt to judge the technical form of the sounds by established standards. The delivery of that phrase defies traditional operatic aesthetics.

Her sound violates rules, dispossesses the listener of critical judgment, and dislodges from the mind all notions of the operatic “beautiful” embodied, for instance, by the crystal-voiced singer—and Callas rival—of the time, Renata Tebaldi. The Callas rendition of the “una macchia” phrase is not beautiful. It is beyond beautiful—or, rather, “beautiful” becomes a reductive, almost absurd adjective in this case. The effect of the Callas voice surpasses the beautiful to dwell in that realm that has incited analysis and redefinition through time, ever since its 1st century introduction to the Western world by Longinus: the Sublime.

How did the Sublime make its debut? Longinus was the first writer and critic, albeit of a mysterious identity, to broach the subject in his 1st century AD treatise On the Sublime (Perì Hýpsous) written in epistolary form and dedicated to the Roman public figure Posthumius Terentianus. The treatise is a work of literary criticism that cites, analyzes, and mentions numerous authors. At a first reading, varied definitions of the Sublime emerge, such as loftiness and excellence of language, the image of greatness of soul, an imperious and irresistible force, and spontaneous illumination of an entire subject.

But what is the most compelling message of the work is Longinus’ perspective on the reciprocal relationship between instruction and genius in an artist’s achievement of the Sublime. Mastery of a craft derives not only from teachers’ instructions but also, or especially, from the genius of the artist. This is how craft and genius are reciprocal: it is not only genius that is shaped by instruction in the craft, but craft itself is guided by genius. One can easily transfer this concept to the artistry of Callas who learned her art form through meticulous study as through an innate abandonment to her genius in interpretation.

She was known to respect every accent and every dynamic in the musical score, yet when she performed, the audience lost awareness of her precision. Her genius disguised the technical elements of her art, offering audiences what Longinus claimed as the recipes for the Sublime: art without artifice, nature disguising artifice or, what he called, the “brave disorder of genius.” The genial artist who achieves the Sublime is no longer strictly enclosed within the form of their art; he or she expands the confines of that form.

How does Longinus attempt to capture the transcendent aspect of the Sublime and suggest ways to achieve it? He encourages risk taking and the breaking of conventions—but only when the impulse to do so comes from an artist’s deep, instinctual sense of an authentic aesthetic conception, not from a superficial, commercially motivated drive to appear original at any cost. Ultimately, his ideas suggest that the Sublime involves two-way relationships between instruction and genius, method and “divine madness” (inspiration), form and content.

In these relationships, the first elements—instruction, method, and form—work to control the second. But in the achievement of the Sublime, the second elements—genius, inspiration, and content—act to disguise and transcend the first. In other words, when we experience the art of an inspired, genial artist, we can get swept away and forget that their work is the result of prolonged and rigorous attention to study, technique, and style.

During her adolescent years, Callas studied the principles of vocal production and styles, learning roles with legendary rapidity. As her genius emerged, however, she created a unique musical language that did not respect convention, and she was often accused of technical flaws. Even though she performed within the realm of her art form, her singing was not a subject of that realm. On the contrary, it was the realm that became subjected to her voice to the point that the dramatic impact of her interpretation exceeded both music and text. 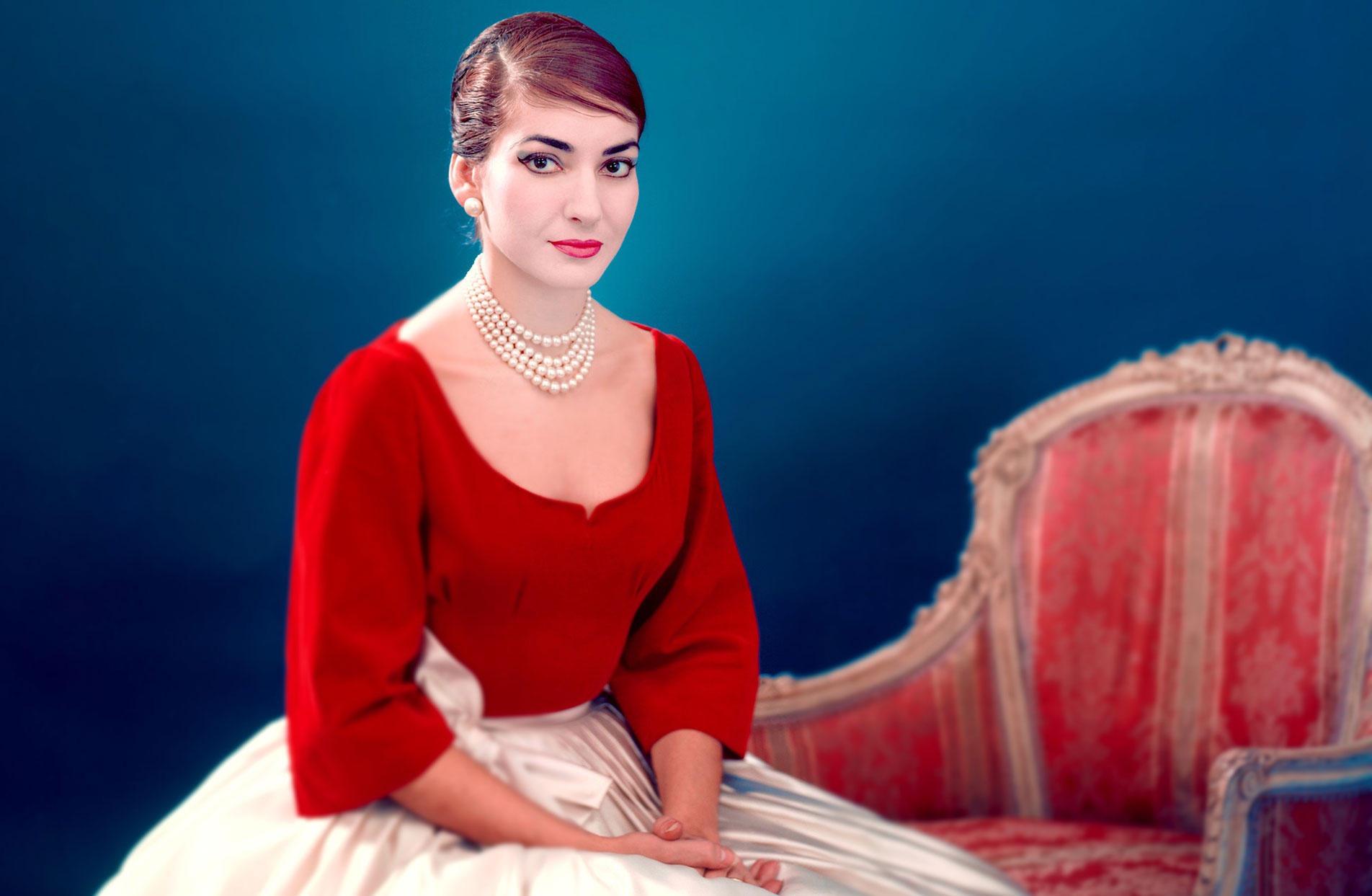 Take, for instance, the phrase from Verdi’s Aida: “Ritorna vincitor! E dal mio labbro uscì l’empia parola!” When Callas sings this, it no longer means just “Return victorious! And from my lips came out the vile words!” If vileness had a fundamental emotional sound, this utterance in the Callas voice would be it. She sweeps through text and music, accessing the listener at a visceral level.

Or to return to the Lady Macbeth sleepwalking scene, the phrase “Via, ti dico, o maledetta” becomes the vocal essence of resigned despair, pulverizing the borders of words, multiplying its impact over the threshold of meaning that, conventionally, the phrase provides. Text in opera supports the plot as a subordinate partner to the music. When the soprano sings, “Via, ti dico, o maledetta,” the text, a translation of Shakespeare, frames the action of Lady Macbeth rubbing her hands. But when Callas utters it, the text explodes its literal function, and words drown into that unique, emotional language that conveys their content with immediacy and force.

The magic of an artist like Callas is as ungraspable as is Longinus’ Sublime. What Callas does is to steal meaning away from operatic literalness and translate it into this new artistic language, disguising the mechanics of the translation by the sheer power of its effects. What Callas does is to claim the right to tragedy—not as a contract of cathartic exchange between artist and public, but as a fundamental strand in humanity’s emotional makeup. For Callas, the natural, immediate connection between emotions and voice and the capacity to communicate through the voice in ways that trigger reciprocal emotional responses from the public was instinctive.

It was one of the keys to her genius. Respect for the musical score and vocal discipline were other keys. She knew that she needed to master the first—technical—elements in order to disguise and transcend them. To paraphrase an old adage, those who first learn to serve become masters. Serving the totality of the operatic art crowned Callas’ mastery over all the elements of the Longinus Sublime.