The world of opera, broken down by the coronavirus, got back on its feet throughout the last month of the summer – the Salzburg festival celebrated its 100th anniversary in August. Elektra by R. Strauss was embodied on the big stage by Aušrinė Stundytė. Having studied in Lithuania and Germany, currently living in Belgium and working all over the world, the singer dedicates her voice to the repertoire of the 20th century – she performs works by Strauss, Prokofiev, Shostakovich, Bartok, Janacek and Poulenc in the world’s largest opera houses. In this interview, the soloist shares her thoughts on the professional experiences that built her up, the creation of the character of Elektra, and the anxiety she felt before her debut at the Salzburg Festival. 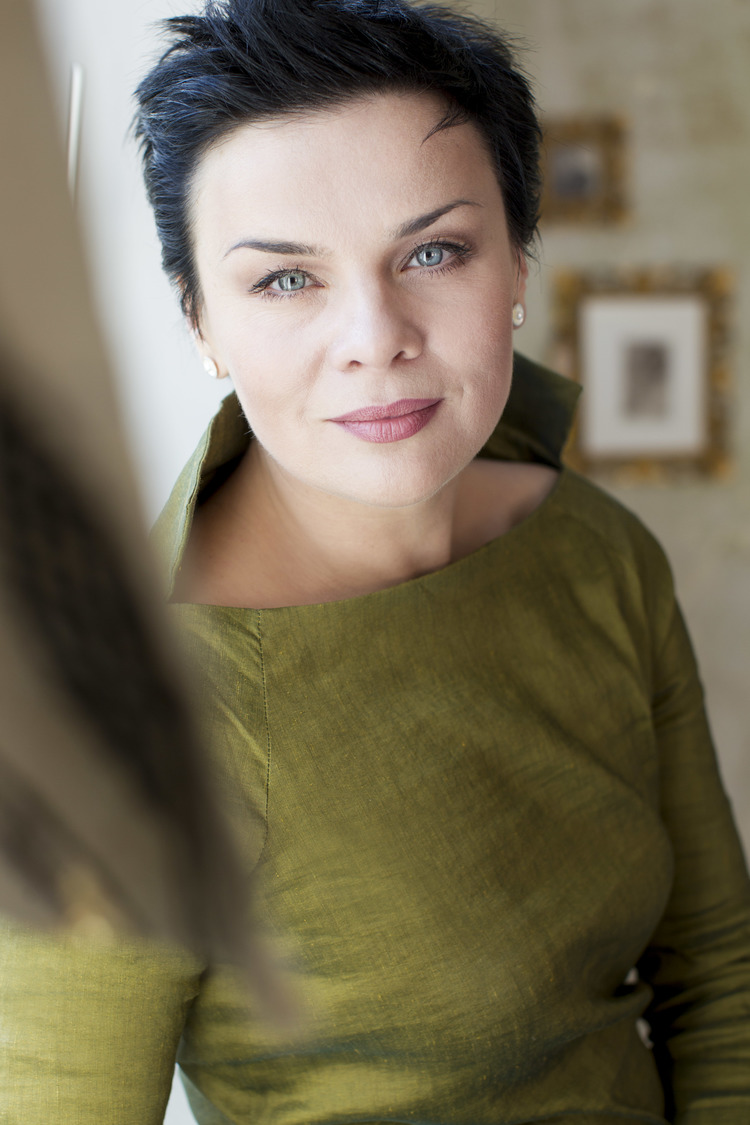 In your youth, you thought that your voice was too weak for opera. How did you discover and tame your voice?

It was and still is a never-ending process. I remember Professor Milkeviciute at the beginning of my studies saying to me, “It will be about fifteen years before you fully know your voice.” In my mind at the time, I thought, “Well, not for me, I’ll get there much sooner.” Here, twenty-five years have passed since the first singing lessons. I am still learning and don’t feel like I have reached my Holy Grail.

As a singer, how much creative power do you have in staging an opera, participating in rehearsals?

It depends on the director. When the director is sensitive and able to exploit the potential of the singers, he or she leaves room for their personality to manifest and for their own interpretation to grow. I don’t like to discuss, but I like to improvise during rehearsals. The directors are happy to take over some of these improvisations. Basically, the influence of each singer is limited by the roles he or she creates. Because contemporary opera productions are not limited to storytelling, the creation of a new perspective and interpretation is carried out only by the director.

You mentioned that according to how the director perceives a woman, so does he direct her. What can you say about the different interpretations of a woman you have experienced?

You don’t want to put people in certain drawers, but in opera it’s easy to feel what the director’s relationship is to femininity. Some emphasize a woman’s strength, her potential; others try to soften her. It was an interesting experience to take part once in a production where, in the eyes of the director, the place of a woman had not changed since the turn of the last century. It reminded me how drastically our society had changed with respect to women. What was a norm decades ago is now absolutely unacceptable. This is gratifying.

You mention that you have something inside that you don’t allow yourself to be and this side shows up on stage. How did you discover this part of your personality and what does complete openness on stage require of you?

I discovered my dark side on stage by embodying negative roles. In fact, most singers are much more interested in playing the roles of bad guys, because then it is allowed to disregard moral norms on the stage without any consequences. In real life, I work with myself and don’t allow myself much – I try to never hurt another person, sometimes even if it hurts me. It’s much easier to be open on stage than in life. After all, no one ever knows where you are open and “naked” and where you simply play the character. The role itself is liberating.

Stundytė as the title role in the Salzburg Festival of Elektra, 2020

What motivates you in your profession, what leads you forward?

Unachieved goals. I often think that if my career had been easier, I would probably have left the scene out of boredom a long time ago. My engine is a constant feeling of dissatisfaction that I have not yet reached my potential and have not yet found my true voice.

What common points do you find in the role of Elektra? Maybe something in her story inspires or teaches you as a person?

I ask myself more and more often – what will my embodied character give to the listener? For me personally, negative roles are a channel to be with destructive energy that has no place in real life. Perhaps the opera allows the listener to relax a little more and also be with their dark side.

Elektra, in her own eyes, fully justifies her position of revenge and sees nothing reprehensible in it. We, as outside observers, experience something completely different. I would be happy if, after the performance, one spectator would ask himself whether his old grudge and unfulfilled desire for revenge have a basis. Maybe everything was simply just a mistake? Maybe I’m ready to forgive and forget?

Thank you for the conversation!

A Lithuanian musicologist and author, writing for music magazines such as Classical Music Daily, Opera Wire, and Mica-Music Austria, Ona has interviewed contemporary musicians, including Polina Osetinskaya, Klaus Ager, Alastair MIles, etc. She is currently a bachelor student at the Lithuanian Music and Theater Academy. A scholarship from Rotary International has enabled her to participate in student exchange programs at University Mozarteum Salzburg and the University of Music and Performing Arts, Vienna. Ona Jarmalavičiūtė is interested in the topics of pre-composition and compositional process, as well as the creative work of contemporary composers.