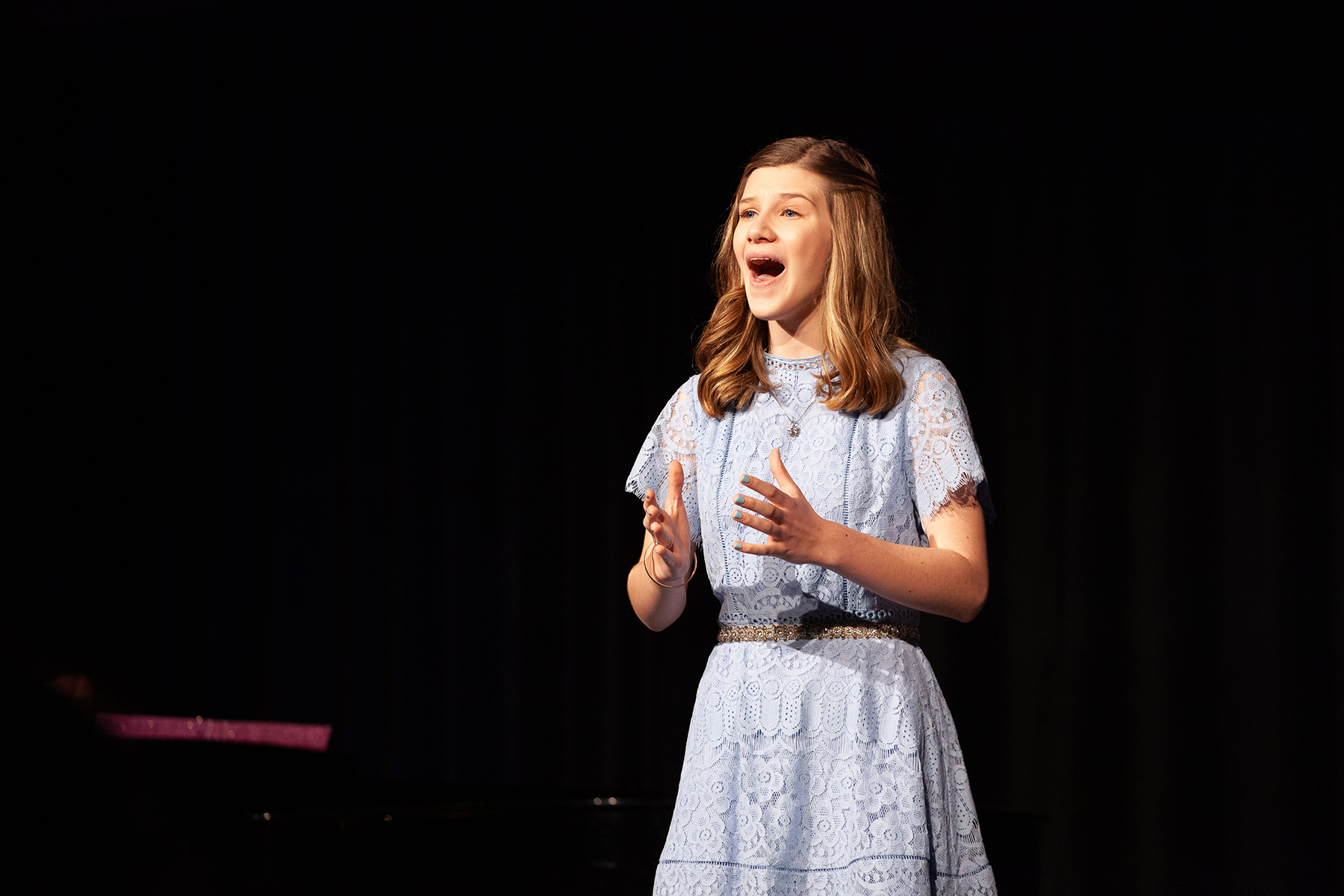 Are you an opera singer who loves singing showtunes in the car? Do you perform Broadway standards during your solo shows and cabarets? Do you want to perform in a musical, but you just can’t seem to get cast?

The truth is that many successful opera singers do have trouble crossing over to musical theater. And often these singers do not understand what they are doing wrong. They know they sang really “well” at their last five auditions, so why didn’t they get any offers?

In fact, even for sopranos, “beautiful singing” is typically not the primary thing a musical theater producer is looking for, which is why focusing on how well you “sound,” is not going to be of much help in getting you cast. So, here instead are five tips that will help. By making just these five simple adjustments, your booking stats will significantly increase. Now you’ll be singing those showtunes not just in the car, but also on the stage!

1- Adjust your volume for the microphone.

One of the significant differences between opera and musical theater has to do with how the reality of amplification has affected performance practice in both mediums. Yes, once upon a time musical theater producers didn’t use amplification, back in the days before the internet, cell phones and mp3s. And yes, even many opera companies do now also use some amplification. However there’s still a meaningful degree of variation between the amount of amplification used for the two different theatrical styles.

2- Use “vocal colors” appropriate for the medium.

Another challenge opera singers face when crossing over to musical theater is not realizing that the operatic vocal color is typically neither required nor desired. As with the microphone issue, opera singers tend to sing too loud, with too much vibrato and/or too much “weight.” Take some time to really listen with an open mind to several current Broadway cast albums. Notice the vocal color and timbre and apply what you observe to your own singing.

3- Focus more on the words than on creating a beautiful line.

As an opera singer, you’re thinking how can there ever be too much legato?! However, musical theater favors a simple and clear expression of the words over the vocal line or legato. In other words, the character of the words must take precedence over the beauty of the sound.

4- Delve deeply into your character work.

There are many skill sets opera singers need to master, including but not limited to music reading, musicality, languages, dynamics, composers, vocal technique, historical context and performance practice. Given the number of areas that require mastery to sing even a simple aria, it is understandable that deep character and script analysis are sometimes overlooked. But in the case of musical theater, the character has to come first and definitely supersedes the vocal tone. While musical accuracy, especially in ensemble numbers, is still important, it’s the way we embody the character both emotionally and vocally that’s going to get us hired. In fact, sometimes a less beautiful tone is more appropriate and even more satisfying for a specific character.

5- Choose audition repertoire based on your ability to express the character of the role and the style of show you are auditioning for.

The audition panel at a musical theater audition will expect you to sing only 16-32 bars and not a whole song. But keep in mind that this audition selection again needs to highlight character over beauty. You want to choose a cut that will show off how appropriate you are for the specific role. You rarely will want to choose the song that sounds the prettiest.

The bottom line is that most opera singers are focused on sounding good and hitting every musical detail correctly. Unfortunately if this is your focus, you will only rarely be cast in musical theater. Shift your focus to your interpretation of the character and take the risk of sounding less “good.” This does not mean abandoning your healthy singing technique. It simply means that the character of the sound needs to match the character of the person you are playing.

It is definitely worth the effort for opera singers to figure out how to get cast in today’s musical theater productions. Not only will musicals increase your income and add booking dates to your calendar, they will also provide the deep satisfaction of successfully singing one of America’s own original art forms.

Now, go out there and break a leg at your next musical theater audition!

Fiona Flyte, known as The Singer’s Biz Coach is uniquely positioned to understand the challenges facing the modern day classical singer, especially when it comes to the influences of imposter syndrome and the starving artist mindset. She’s been there. She’s lived it. And from her personal experience has grown a passion for helping other singers to become profitable Singerpreneurs. With over two decades of experience as a professional singer and voice coach, Fiona’s YouTube Channel is designed to help singers with Mindset, Marketing and Monetization. And because she strives to walk her talk, interspersed with the educational content are music videos showcasing her own singing. Learn more about Fiona atwww.FionaFlyte.com