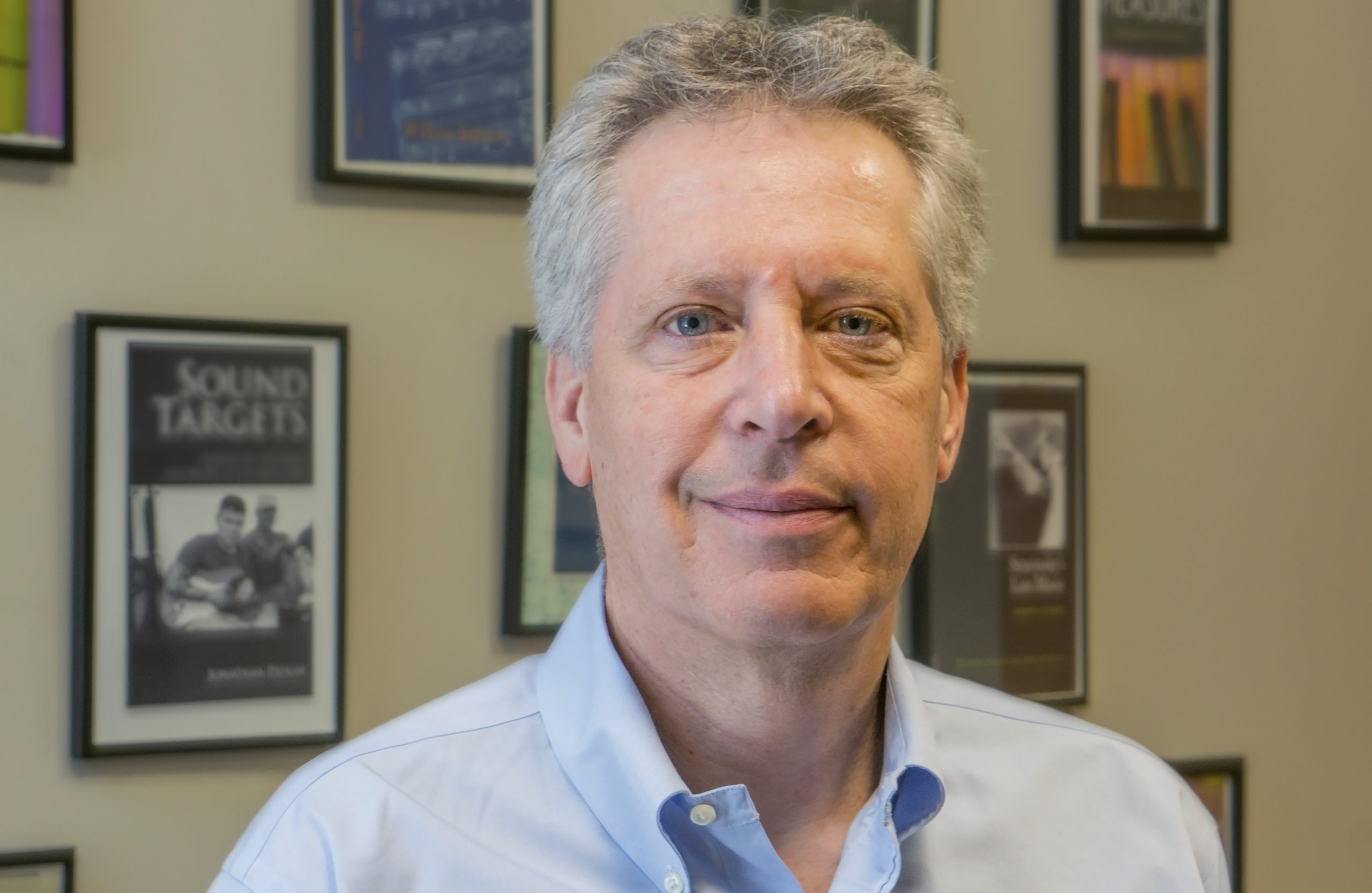 Dr. Joseph Strauss discusses disability and the bodily experience of listening to and making music. He describes the ways our culture excludes people with disabilities from music, and advocates for greater representation in artistic expression.

Music theorist and author Joseph Straus is the leading figure in the study of music in relationship to disability. Dr. Straus has published numerous articles and books on theoretical and analytical studies in music and on engaging disability as a cultural practice. His book Extraordinary Measures: Disability in Music (Oxford University Press, 2011) offers a fascinating introduction to his work in creating the field of disability studies in music scholarship.

Currently a distinguished professor of music at The Graduate Center of the City University of New York, Dr. Straus has won several awards for his publications, including, most recently, the 2020 Wallace Berry Award from the Society for Music Theory for his book Broken Beauty: Musical Modernism and the Representation of Disability (OUP, 2018). I am grateful that he took the time to speak to us about the impact of disability on music creation, performance, and reception for singers, instrumentalists, composers, and listeners with disabilities.

Take as an example the wonderful singer, bass-baritone Thomas Quasthoff. He is of small stature and has foreshortened arms and impaired mobility because his mother took thalidomide when she was pregnant with him. He’s got this spectacular voice that would have entitled him to play any of the dramatic bass-baritone roles you can name. But he never gets to perform on the operatic stage. So, the visual impact of Quasthoff has very much shaped his career in terms of what opportunities were available to him.

Another aspect is that classical music, and especially opera, imposes extraordinarily narrow standards for what’s considered acceptable vocally. Anything that deviates from that is considered a fault and disqualifies you from having a career. If you have unusual vocal features that don’t conform to this very narrow normative standard, you’re out of luck and out of work.

In the popular tradition, it’s the opposite: often, vocal damage is considered a mark of authenticity, of having lived life in a hard way, and therefore having something to communicate. Bob Dylan, who turned 80 this year, has a horrible voice by any kind of classical standard, but his voice has a special resonance and authenticity. If a classical singer sang like that, he would not get work.

In an interview for The Guardian, Thomas Quasthoff said: “I am in the good position of not being able to make gestures with my hands, so my voice is the only form of expression that I have. This forces a huge concentration on the part of the audience. If you remain still and have only the face and the voice, the audience has to concentrate, much more so than for those who use gestures.” Any thoughts on this?

Talking about instrumentalists: Itzhak Perlman is an example. In his early days, when he was appearing as a child prodigy, the press reception was all about his disability. Perlman hated it; he wanted to be just a violinist like other violinists. Later in life, he became a disability advocate: he wants people to connect his disability with his music. So, for him and for me, disability should not be walled off as if it were separate in some way.

Do you think that, for singers and listeners, there’s a certain purity in making and receiving music when the concentration is solely on the voice? In contrast to our attention being much more captured these days by the visual aspects than in the past.

Well, there was never a “golden age” of purity where it was just about the voice and not about the body. It was always about the body. People’s listening experience in the opera hall has always been very much affected by the physicality of the people on stage. Yes, that’s true in a special way now with the Met Live in HD and everyone having to look like a model, like Jonas Kaufmann. I think that gets in the way.

It goes back to what I was saying earlier about the extraordinarily narrow standards that operatic performance imposes. In the old days, there was certainly a wider latitude: bodies were allowed deviate a bit from normative standards. But now, very narrow standards are imposed on bodies as well as voices.

If a singer is overweight or too old, they may be disqualified from a role, because the “normal” exerts a kind of tyranny and a very punishing standard. To achieve and maintain bodily and mental “normality” is an impossible task and people in these different performance traditions are punished for even slight deviations from this kind of fictional standard of “normality” and perfection. It makes life in these traditions quite difficult for people whose bodies and minds do not easily conform.

How does disability impact a listeners’ relationship with music?

Everybody in the world makes sense of their world essentially through their bodies. You understand the things that you see and experience because you have some prior bodily understanding of the experience. Music listening is not a passive, neutral thing where one brain is communicating directly with another brain: there’s no such thing as pure listening. It’s an embodied experience.

What can you tell us about composers with disabilities, like Beethoven?

With Beethoven, disability comes right to the core of the classical canon. Beethoven is the preeminent and paradigmatic classical composer and his disability—his deafness—was a very important part of the way he composed and how his music has been received and understood over the years.

In Beethoven’s own time, his deafness was understood as a mark of his failure and the idea then was, “Poor Beethoven, he’s writing this crazy music. It’s not even really music, and that’s because he’s deaf. He’s not composing very well anymore; it’s a tragedy.” Then later, in the 19th century, starting with Wagner, the idea was, “Lucky Beethoven! His deafness cut him off from the daily norms, and he was free to explore this transcendent expressive realm.” In both cases, the deafness is central to how people understand his music, but in opposite ways.

Neither of those ways seems very realistic to me; they’re each highly problematic as a way of understanding Beethoven’s deafness. I also think it’s problematic to say his deafness was irrelevant. Composers compose out of their bodies. Their bodily differences affect the way they compose and the way their music is made sense of by others.

Do you think that enough is being done in schools to further the understanding that performers, listeners, and composers with disabilities can engender new ways of making sense of music?

That’s a really hard, interesting question. In many ways, the present moment is a kind of golden age for disability in general; at least for many disability conditions, the stigma has started to relax a bit. It’s an age where the segregation that so much characterized disability conditions in the past has begun to break down. Children now are legally entitled to an appropriate education in the least restrictive possible setting. As a result, people with disabilities, including intellectual disabilities, are able to lead full and fulfilling lives outside of institutions in a way that would have been inconceivable 20 or 30 years ago.

What I would like to see, in a more utopian way, is an acknowledgment that disability is not a deficit. Rather, it’s a difference that should be valued and celebrated on its own terms—not seen as medical pathologies that reside inside the individual bodies and are a tragedy for them and their families. Instead, it’s an opportunity, an opening, an aspect of biodiversity.

Disability is a central aspect of what it means to be human. Everybody has a body, and everybody’s body deviates from standards of perfection—just as everybody’s mind deviates in some way. We should learn to celebrate those differences and not to draw hard lines between people who are not living with a disability and those who are.

Where do these standards actually come from?

Such a great question! These are the cultural stories that we tell ourselves and each other—stories that are enshrined in our literature, movies, media—and that get rehearsed generation after generation and century after century until we think it’s all perfectly natural and scientific and not worth discussing.