Summer stock audition season is beginning with audition conferences and other audition opportunities. Read on to learn best practices for getting these summer performance jobs.

Performing in summer stock might be the richest training ground for any young musical theatre performer, offering much more than just an opportunity to integrate performance skills learned between September and May. Learning to memorize lines and harmony quickly, splitting focus between one show being rehearsed in the day and one performed onstage at night, preparing for cabaret after the Friday night show, and maybe helping in the costume or scenic shop daily over 10 to 12 weeks not only builds performance-related skills and hones professionalism, but also builds the resume as many summer seasons feature five to six fully produced musicals.

Auditioning for summer stock is also a vital form of professional training. It requires strategies for organization, preparation, interpersonal skills, and mindfulness, not to mention business savvy, as many young artists face their first professional contract offers without the guidance of an agent. I connected with New York City-based audition coach Steve West (www.auditionwithsteve.com) to get his perspectives on auditioning at big conferences like South East or New England Theatre Conferences (SETC & NECT, respectively), A1, and Strawhat.

Self-Tape Auditions Are a New Normal

This year, many large audition conferences are asking for self-tape audition packages either as an adjudicated prescreen or as the entire audition with no live component. Though nothing replaces performing in front of a live audience (even at an audition), one could stretch their buck further registering for more audition events while avoiding travel and lodging costs.

Once submissions are being accepted, it can be a race against the clock to get a slot—ideally one early in a live conference, which will help you be seen by the most companies (some leave early), have the most opportunities to be called back, and more time to schedule them.

It is imperative that you read and follow the instructions! Each audition event will have specific details that should be strictly adhered to. Take note of how long you have to perform and what you are expected to do within that time, including details about slating (announcing your name and pieces). West strongly suggests not encroaching on your time limit: “If they ask for 1 minute and your video file is 1 minute and 1 second, they won’t open it.” For live auditions, know if your slate is before or after the clock starts and prepare for that ahead of time.

Choosing Your Material Can Be Done Strategically

Consult with some current “overdone songs” lists to know if your top options might not help keep you distinct, but also consider that a lot of these songs are overdone because they are easy for anyone to connect to and are often ‘I Am/I Want” songs.

These are excellent choices when auditioning for many companies at once because they often feature universal themes of humanity: everyone wants to find their “corner of the sky,” “be where the people are,” “burn the bridge and bet the store,” or even be “pulled in a new direction.” However, not everyone wants to keep hearing those same songs, especially when there are so many other options!

Almost every musical has a song about aspirations or frustrations—keep looking! West suggests that “because these are general auditions for lots of companies, choose material that shows your voice the best and is most applicable for most seasons…be careful about performing something that’s so obscure that the people behind the table spend more time thinking about the song.” 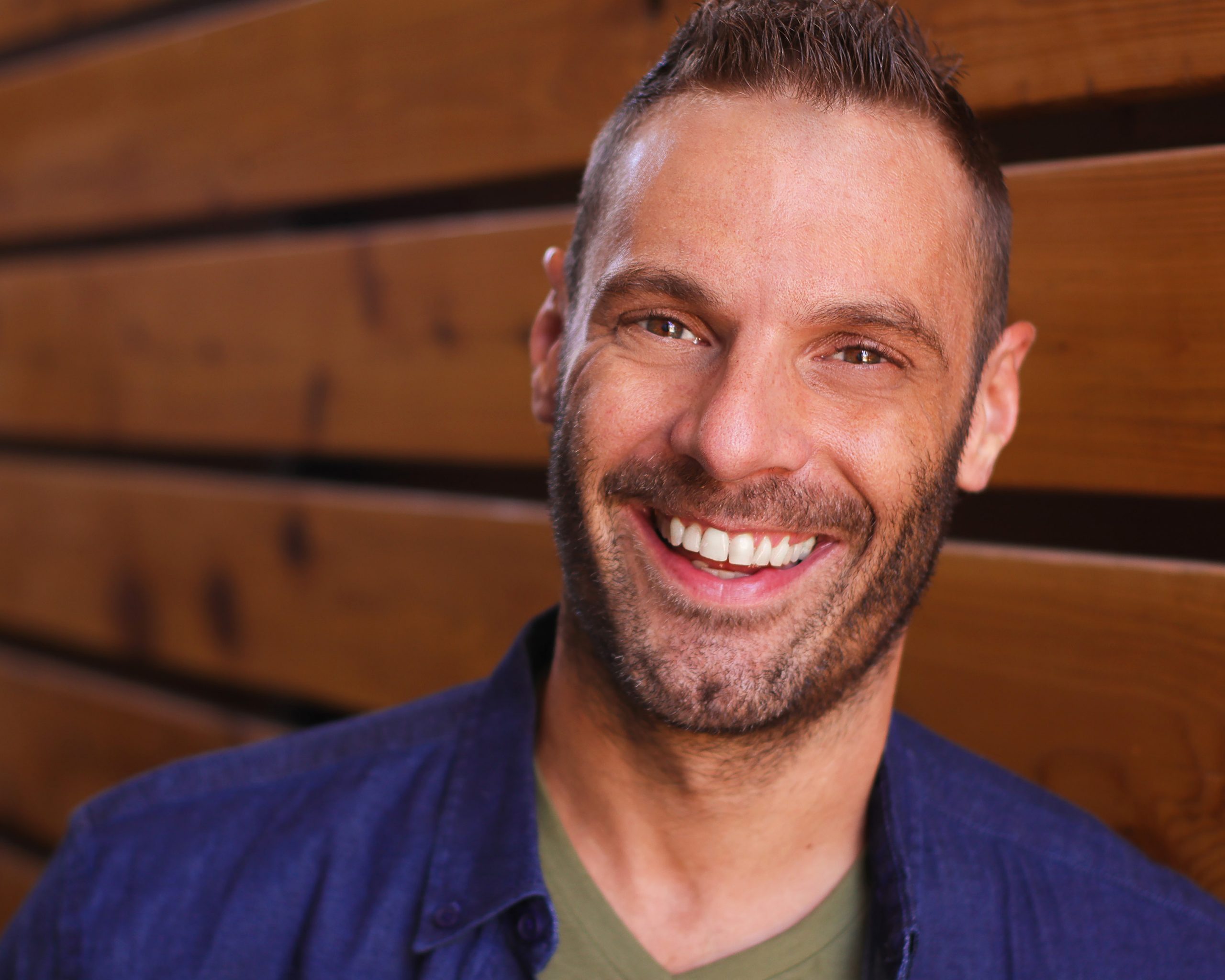 At the Keys and Behind the Table

“Show who you are and what you do best—then be prepared to show more in a callback,” says Dr. Steven Chicurel-Stein, Professor Emeritus of Musical Theatre at University of Central Florida, who has worn many theatrical hats, including being a part of casting and being behind the piano. About auditioning in general, he states, “It’s not what you do, it’s how you do it. The goal of the audition is the callback. How many young actors get the gig from the first audition?” Both Chicurel-Stein and West suggest doing some research ahead of time to be intentional about where you want to work. Notes West, “It is possible to know which companies you will be auditioning for at each conference, as well as their full seasons.”

Chicurel-Stein also explains how valuable it is to show versatility to the casting team, and describes a strategy: “You’ve identified a theatre where you want to work that is doing No, No, Nanette and Rent. What do you sing?” He advises, “Pick one style. If you’re really good at singing operetta but they look at your resume and you’ve done In the Heights, then in the callback they’ll ask what else you have in your book and that’s when you’ll get the job.

“It really comes down to actor preparation, not just vocal. Would you hire someone who sang everything perfectly with nothing behind the eyes, or an actor who may not have the best technique but engaged you in the journey of the piece?”

“You can’t beat seeing 1,000 people over 3 days at a cattle call when you’re looking for such specific types of people to play specific tracks and roles in a season of multiple shows,” says Tommy Iafrate, artistic director of the summer theatre Festival 56 in Princeton, IL. He is someone behind the table at these audition events; he is someone who might call you back! “I want to hear somebody do what they do best, and hopefully their material showcases that—and if what they do best also happens to align really well with Captain Von Trapp, hooray!

Very rarely do I see someone come in and take full ownership of their material and perform it as though it is theirs and they’re in control of every word, every note, every acting choice in the moment—a powerhouse of ‘I own this.’” And his reply when I ask how many people he sees who perform this well? “On a day seeing 400 people, maybe a dozen.”

Prior to your arriving at a summer stock job, Iafrate recommends preparing ahead of time: “Familiarizing yourself with your music and getting a head start on memorizing lines will reduce stress,” though he recognizes the privilege needed to dedicate this amount of time to a job before the contract begins. It will help the collaboration be playful, to “laugh through it together as we approach the finish line.”

I reconnected with several former students, a couple who found summer stock employment this past summer at Tuacahn Summer Theatre and Crane River Theatre, one who is currently coming back to performing on The Polar Express in New York City, some who are currently auditioning as regional theatres are opening up, and one who has taken a break from performing to run a walk-in COVID testing site in New York City. They shared some advice from auditioning at large conferences and working in summer stock:

Don’t try to belt the highest note that you don’t have every day—make sure your songs are the most comfy go-to songs ever!

Play to your strengths. If you’re an actor, make your monologue a little longer than your song and vise-versa.

Be prepared with something pop and classically infused if you did not show either in your audition (most summer stock shows are classics or pop).

If you’re asked for a style that you don’t have, “bend” a song that you do have!

Not all callbacks will ask for you to perform. Many are informative or more like interviews. Make sure you interview a company as much as you are being interviewed.

Be extremely prepared, strong, and confident.

Don’t be afraid to take risks.

Things they wish they knew before their first big summer stock audition:

Ask about additional duties. Read your contract fully and carefully.

Enjoy the audition process as much as you can—not getting cast in summer stock is not the end of your career. There are people on Broadway who have never worked at The MUNY!

Do your research—ask around if anyone you know has worked where you’ve been hired.

Have good technique for how to learn and perform on the spot, while making bold choices. The accompanist is more likely to work with you in a callback if you give them something to work with right away.

Whoever is at the piano is your collaborator! Prepare your music to have few page turns, if any, highlight important details, and don’t be afraid to ask for help. This person can help you shine! It is possible that that person will be Jose Simbulan, who is not only a well known audition pianist in New York City, but has also been the accompanist for the South East Theatre Conference for 25 years and UPTA for 20, and his social media is a pot of gold. Everything one needs to know about choosing and cutting material—and much more—can be found through his social media hashtag: #jcs20upta25setc

There are currently a lot of things unknown about auditions for the 2022 summer season, including who will still be holding auditions, as some conferences and companies are regrouping.

My memories from three summers of performing in stock are some of my most cherished. I hope you get to sing about “the Iowa way to treat you” or to taunt Krupke in 2022.