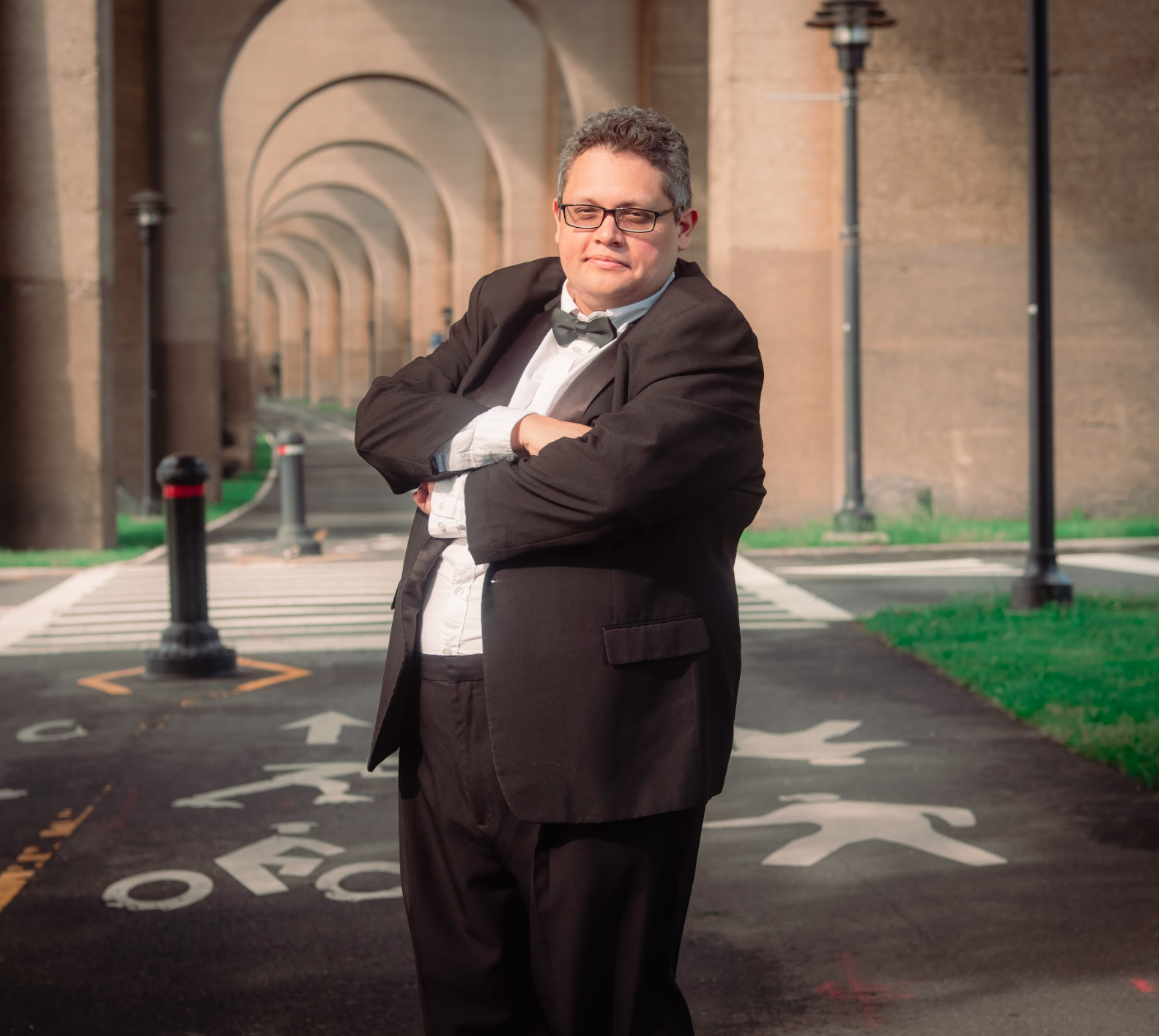 The musical “canon” of great works of the past is an important part of every singer’s training and core repertory of performance. Read on to learn how one singer has embraced the challenge of discovering and advocating for great BIPOC composers whose works have not previously been included into an expanded canon of master works.

Many of us in the European classical music realm—be they like me, working professional singers trained in high-level conservatory or conservatory-like programs, diehard amateur enthusiasts who are often committed patrons to the art form, or anyone in between—have at one point or another heard about this almost mystical, practically deified “canon of composers” whose body of works, we are taught to believe, is the ultimate paragon of compositional craftsmanship and artistry.

And to be sure, many of these composers from decades and centuries of yore, I’d argue, have rightly earned our accolades and admiration. I’m hardly alone in this assertion. More often than not, there’s considerable consensus as to who has been and who ought to be admitted into this canon that they’ve very rightly earned their place in it. But whom exactly are we talking about when we generally refer to the members of this very exclusive club? What do I mean by that? Well, I’ll ask it more indelicately: what demographic group is overwhelmingly most represented in this highly revered and elite group?

In several respects, the answer to this question is no surprise. After all, it’s an art form that originated in Europe, and during times when patriarchy was entrenched throughout most of the world, even far more so than it is today. While the answer to my question may not be entirely justifiable in the context I just laid out, I dare say it’s at least partially, or even mostly, understandable, particularly when it comes to music from the centuries furthest in the past.

But to the extent that answer was ever at all defensible, it becomes less and less so with regard to music approaching closer and closer to the present day, especially vis-à-vis the massive reckonings recently and currently underway in the prevailing status-quo social order (e.g., #MeToo, #BlackLivesMatter, #OccupyWallStreet, etc.). This all requires some follow-up questions: Who has been excluded from this canon? Which demographic groups have been underrepresented?

Some might be inclined to ask why I’m posing these questions after I just asserted the art form in question here is European in origin. The complete answer to this can only be uncovered by thoroughly delving into very weighty topics, such as cultural imperialism, cultural assimilation, and cultural appropriation. There’s no way I can even remotely begin to do full justice to such an ambitious task in the limited space I have here. But it is important at the very least to acknowledge that as European culture was being spread to people (often under duress) who at least partially, if not fully, had other ancestries (many not unlike me, an Hispanic person who has black, indigenous, and white ancestors), the European classical music they were being taught they “made their own.”

How did they accomplish this? Some have done so by fully embracing and assimilating European classical music conventions. But many others have done, and still are doing, so by using the European classical elements they learned as a foundation, while also incorporating elements from their other heritages.

In either case, even with the reckonings I mentioned as the backdrop, there are still several examples of composers who’ve been (wrongfully) excluded from the canon and not yet received their due. I’m particularly thinking of composers who lived into the twentieth century, which ended just barely over 20 years ago. I’ve posed several questions already, but I’ll now ask perhaps the most pertinent one: Is there any way to correct this grievous injustice?

I’ll start my quest to offer an answer by first examining the example of one composer who stands out to me. Florence Price is a composer whose music I’ve recently become very fond of, increasingly so the more I encounter, learn, and study additional works by her.

Born in 1887 (a few years after Joseph Cantaloube and a few years before Darius Milhaud) and deceased in 1953 (four years after Richard Strauss’ passing), Price can claim the very notable distinction of being one of the first African-American women to have her music performed by a major U.S. symphony orchestra, namely the Chicago Symphony Orchestra.

When I first heard a recording of her song, “Night,” set to text by Louise C. Wallace, I was so moved and touched by it that I started sobbing—yes, at the sheer beauty of the song and the true compositional mastery it demonstrated, but also out of massive indignation. I asked myself in great disbelief, “How is it remotely possible that this woman’s music isn’t more ubiquitous in this day and age?”

I was utterly enraged by the shameful injustice! It’s an unconscionable travesty. As I just mentioned, she roughly shared a timeline with renowned composers like Cantaloube, Milhaud, and Strauss and had managed to break the glass ceiling by being one of the first black women to have her music performed by a major U.S. orchestra—no small feat in the face of the racism of her day, which was considerably worse than it is even today. And, yet, Price still does not enjoy the same (relative) “household” recognition in our realm as those three white men that were her contemporary. Let that sink in.

My outrage notwithstanding, though, there are indications things are moving in the right direction to correct this. In 2018, the New York Times published a piece about a treasure trove of Price’s music that was discovered in 2009. That article has been instrumental in attracting more attention to Price’s music— – that’s actually how I first learned of her. But even with this incremental progress, there are still challenges to getting Price’s music the attention it deserves.

One such challenge came up in a postgraduate course I took. The instructor was intrigued and delighted when I wanted to do my midterm presentation on some of Price’s pieces. But when it came time for me to prepare my final essay for the degree as a whole—a far more consequential project as it would’ve been published in a dissertation, thesis, and essay database—I wasn’t able to do it on Price’s music. Why? Because that same instructor, who was also my final essay advisor, had to severely limit the pieces from which their students could choose because of their time constraints. They wanted to be sure their students would choose only pieces they knew extremely well, and they didn’t have the time to learn new-to-them music, which Price’s was. My essay ended up being on a piece by Schubert, whose music I adore, actually—but, in the end, he’s not exactly a composer whose music suffers from a dearth of exploration and research. And he is, as we all well know, yet another white man.

I was very frustrated and disappointed by this missed opportunity. Clearly my advisor’s limited availability isn’t something that can be flippantly ignored. It was palpable how overwhelmed and inundated they were with their workload, and to their great credit they were generally very supportive of my desire to help expand the canon. But at the same time this all-too-common kind of hindrance only serves to perpetuate the status quo. I don’t claim to have an easy answer to that part of the puzzle. So what answer can I offer, then?

At every opportunity I have, I prepare Price’s pieces and bring them into lessons, coachings, and the like. That may not seem like much, but every time I do that, I’m very pleasantly surprised at the reaction with which those pieces are met. On almost every single occasion, the ensuing request goes something like, “Alex, please be sure to send me a score of that Price song and any additional ones you might have. I want to broaden the repertoire I assign to my other students and clients.”

So, while there’s still clearly a long way to go toward fully correcting the injustices inflicted on BIPOC composers, we should also take some heart. We just might be very surprised at how many are ready to diversify the people represented in our sacred “canon of composers.” It’s likely more than we think.

Alex Guerrero is a professional opera singer, choral artist, music engraver, and composer. He’s soloed under conductors including William Christie, was featured on a Tania León Grammy-nominated album, and performs with chamber ensembles like Yale Choral Artists and True Concord, as well as with The Metropolitan Opera Extra Chorus and the Lyric Opera of Chicago Core Supplementary Chorus. He earned Bachelor’s and Master’s degrees from Mannes in voice with concentrations in music theory, has taught as an adjunct at Borough of Manhattan Community College CUNY, and is pursuing a Doctor of Musical Arts degree at Stony Brook University. (SoundCloud.com/MusicoAlex, Facebook.com/ScoresbyAlex)