The odds are against you – so beat the odds!

The vast majority of opera singers have no prospects for job security finding long-term jobs. A portfolio career is inevitable. 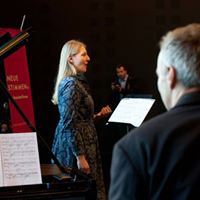 The German Bertelsmann Foundation – who runs the prestigious Neue Stimmen Vocal Competition – has presented the results of a study it has sponsored on May 6, 2019 in Berlin. The year-long study itself was carried through by the Berlin-based Institute for Culture and Media Economy. The book is currently available only available in German on Amazon but there are plans for an English version to be published in 2020.

Although the title of the book is a positive sounding – Opera Singer with a Future! – the findings of the study are anything but positive. The study concentrates on the education and training opportunities at music academies and conservatories as well as the job market at opera houses in Germany; using employment data collected at the 80 state-subsidized German opera houses. In fact, there are as many additional institutions that are not directly subsidized by the state or federal government – their employment statistics are not included here, but it can be safely assumed that they show similar tendencies.

The key takeaways from the 183-page book: (for the sake of simplicity, the author uses the term music conservatory for all music schools, conservatories, academies and universities)

The reality for an opera singer market for young professionals:

While it is difficult to get accurate statistics because of the many divergent factors, the German Hans-Boeckler-Foundation has asked Maximilian Norz (artist, Global Public Policy Institute consultant and Harvard MBA) to make a study on “Fair working conditions in the arts and in music?!” in 2016. The 120-page study (available only in German) goes into great detail to define the German job market situation and prospects.

Even in the smaller ensembles, opera houses should be careful to fill the roles with singers that match the level of development of their voices. A young singer can easily “over sing” and thus shorten a career.

Opera singers currently in a “Fest” contract at opera houses must prepare for precarious earning opportunities after the termination of their contract. There are no guarantees that they will find further employment in other German houses in a “Fest” position. The days of “climbing the ladder” from an initial contract in a small “C” house up to a major “A” house are as good as over.

Some Key Facts for Self-Employed Singers:

For opera professionals the Bertelsmann study confirms what has been known for some years now. It is “reassuring” – of sorts – to have one’s intuitive knowledge be confirmed by an official study.

The clear picture that emerges is that it is up to academic institutions to prepare their budding opera singers – and other musicians – better for real, practical life beyond the academic cocoon.  What is missing is a collective and concerted culture of responsibility with design competence for alternative career paths within the training and placement system.

All singers must be prepared for a future beyond opera, with the exploration of different career path opportunities already at the time of their academic education. Students must be prepared for “portfolio” careers based on a freelance existence. These options need to be firmly anchored within the curriculum.

In the current (worst case) scenario, the free-market system will disillusion the young singers soon enough – but at what cost, both financially and life-time spent on a course of study that will not provide the qualifications for a profession with a sustainable income. Surely it is in everyone’s interest to find and implement positive changes. 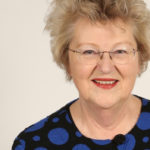 With over 30 years experience as an opera agent, personal management, opera production, fundraising, marketing and promotion, Zenaida Desaubris is based in Berlin, Germany. She is our European Jobs Consultant and as an opera career coach, helps young singers optimize their individual career strategies. Contact her at www.operacareercoach.com/