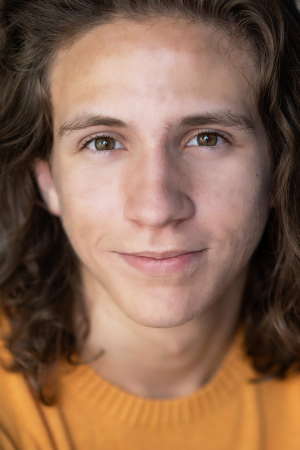 I am currently a junior at Amarillo High School, where I am a member of Bel Canto Chorale, the varsity choir, and New Sound Singers, the small show choir. In the springs of 2018 and 2019, I earned a spot on the TMEA Texas All State Choir as a Tenor 1. I take the academic part of high school very seriously and I am maintaining a 4.0 GPA.

I have been performing in theatre, primarily musical theatre, since I was eight years old. My first major role was as Gavroche in Amarillo Little Theatre’s production of Les Miserables in October, 2012. This is also the role that got me hooked on performing in the theatre. I have been fortunate to be cast in many Amarillo Little Theatre roles since then, including Michael Darling in Peter Pan, T.J. in Sister Act, Judah in Joseph and the Amazing Technicolor Dream Coat, Eddie in Mamma Mia!, and, most recently, Anthony in Sweeney Todd. I was also cast as Eugene in Brighton Beach Memoirs, for which I won the 2017 Amarillo Little Theatre Award for Best Actor in a Play. I have also enjoyed roles in many youth productions, my favorites being Oliver in Oliver!, Cat in the Hat in Suessical, the Musical, Cinderella’s Prince/the Wolf in Into the Woods, the Cat in Honk!, and Captain Phoebus in The Hunchback of Notre Dame.

My plan is to attend college and obtain a degree in Musical Theatre.