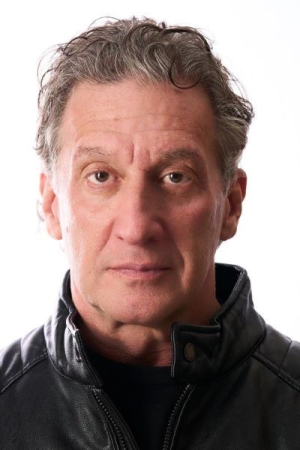 Baritone Mark Cotton possesses a strong ringing voice and a stage presence that brings his characters to life with great comic and dramatic range. Mr. Cotton’s Germont has been described as, “A rich and resonant baritone voice... Full throated projection and careful annunciation“(Times Herald Record).

The 2018–2019 season started with several performances as Germont in La Traviata. Firstly, in Germany at the Hocheim Am Main Festival immediately followed by the Linguaglossa Arts Festival in Sicily to which he added Escamillo in Carmen. The baritone then headed to Poland for the Ścinawa Cultural Arts Association’s production of La Traviata for his third production of the season singing Germont.

In August Mr. Cotton joined Soprano Justyna Giermola as they presented a joint recital, Musica a Milano, selections of Italian Operatic Arias at the Presbyterian Church in Westfield, Westfield New Jersey. In September he joined other local singers on a program entitled “Why We Remember- A Patriotic Concert” for his company debut with BRAVO Alliance of Performing Artists in Livingston, New Jersey.

He headed to Colorado Easter Weekend to sing the Baritone solos in the complete Messiah for Messiah Choral Society of Grand Junction Colorado. Mr. Cotton, upon returning home, unexpectedly jumped in to sing Alfio for the Hudson Lyric Opera’s Cavalleria Rusticana. The highlight of the season, he headed to Espenschied, Germany to make his role and company debut as Amonasro in Aida for Opera Classica Europa’s Summer Fest.

The 2019-2020 is no less busy. In October the Baritone will pair up with Soprano Justyna Giermola for another BRAVO Alliance of Performing Artists to present “Puccini versus Verdi“ recital in Livingston New Jersey. Next Mr. Cotton will be joining the Gateway Classical Music Society for their 2019 Opera Gala. And in November he’ll head to sunny Miami Florida where he’ll be a featured soloist in Miami Lyric Opera‘s Concert Gala. He will perform selections as Rigoletto, Enrico in Lucia, Nabucco, Renato in Un Ballo in Maschera and Germont in both Galas.

During the 2017 season Mr. Cotton spent a great deal of time on the Concert and Opera Stage. He was the Baritone Soloist for Messiah, the Mozart Requiem, Beethoven 9th, the Dvorak Te Deum and the Verdi Requiem all for the Paul Madore Chorale in Salem Massachusetts. He also made his company debut as Escamillo in Carmen for Eastern Opera of New Jersey. His Escamillo was described as “The Perfect Toreador”...(Mycentraljersey.com).

2016 had Mr. Cotton performing a variety ofworks. Messiah inDecember, VerdiRequiem inJuly, Beethoven Ninth and the Mass in C in June for the Masterworks Chorus. But 2016 just wasn’t concert work. On just two weeks notice, he sang the role of Simon Boccanegra for the Opera Company of Brooklyn in September. And in January he was the American Consulate Sharpless in their production of Madama Butterfly.