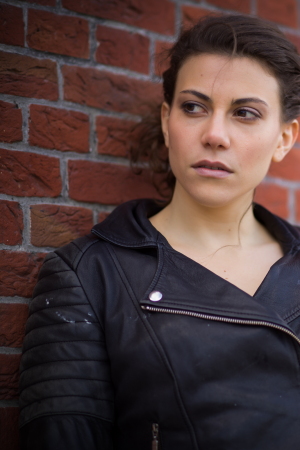 Anna Trombetta was born in Houston, Texas and moved to The Hague, Netherlands at the age of 15. After receiving her diploma at the American School of the Hague and two years at the School for Young Talent at the Royal Conservatory of the Hague, she went on to receive her Bachelor’s degree in Classical Voice in the Hague studying with Gerda van Zelm and Carolien Drewes.

In May 2018, Trombetta debuted in the role of Emperor Nerone in Monteverdi’s ‘L’incoronazione di Poppea’ with Berlin Opera Academy. She debuted in the role of Cherubino in Mozart’s ‘Le Nozze di Figaro’ with the Lyric Opera Studio of Weimar in the summer of 2019 and as Annio in Mozart’s ‘La Clemenza di Tito’ at the Conservatorium van Amsterdam in 2020. In the summer of 2021, she attended the Atlantic Music Festival as a Resident Fellow for their production of 'Così fan tutte' in the role of Dorabella.

Trombetta recently made her American professional debut with the Center for Contemporary Opera in their production of ‘To Be Sung’ by Pascal Dusapin under the baton of Sara Jobin and directed by Jorinde Keesmaat. In March of 2018 she debuted with Koenraad Spijker (piano) and Emma Roijackers (violin) in the Amstelkerk in Amsterdam presenting ‘Hommage à Debussy’ to a sold-out public, and performed with the Ballet Flanders in a new ballet/opera concept, ‘When No one is Watching Me’, choreographed by Jonas Vlerick.

She has followed masterclasses with Thomas Oliemanns, Roberta Alexander, Gerald Finley and Vesslina Kasarova and coached with reputable coaches such as Sharolyn Kimmorley and Bretton Brown. Anna Trombetta currently studies with Neil Semer and Sasja Hunnego.