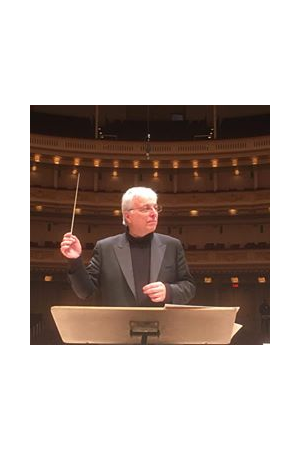 Based in New York City, one of the most diverse and culturally rich environments for

the arts and the many artists it supports, Maestro Alan Aurelia has distinguished

himself as a conductor, an arts advocate, educator and administrator. He is currently

Ballet and artistic director/conductor of the Riverside Opera Company.

He received full scholarships and fellowships to study at the Hartt School in Hartford,

Connecticut and the Conductors Institute at the University of South Carolina,

Columbia. He has served on the music faculties of Wagner College, the College of

Staten Island and the Borough of Manhattan Community College.

that “He conducts very naturally, effortlessly and clearly enabling all in the

orchestra to follow every musical nuance and inflection quite easily”.

At the conclusion of a concert that Maestro Aurelia conducted in Italy, Joel Cohen of

that “The concert strikes a multicultural chord with the audience”.

Under his baton, the Richmond County Orchestra was selected to perform at

Dominique Gonzalez-Forester with music by the Berlin-based composer, Ari Benjamin

Meyers, which received a rave review from the New York Times. Maestro Aurelia has

in Carnegie Hall as well as in Miami, Florida and Mexico. He has been a guest

conductor for the Bacau Philharmonic from Romania during Tuscany’s “Festival

Sinfonico di Massa” and for the Kiev Strings in Montegnioso.

conducts the opera, ballet, premiers of new compositions as well as the music of

Broadway. As a consequence of his versatility, he is comfortable in an array of

marker of his dedication to music education, which is also reflected in the

establishment of the RCO Musicians Contest and the Instrument Petting Zoo,

He has received several awards and honors for excellence in performance, education

and community relations. He has appeared on many local radio and TV programs in