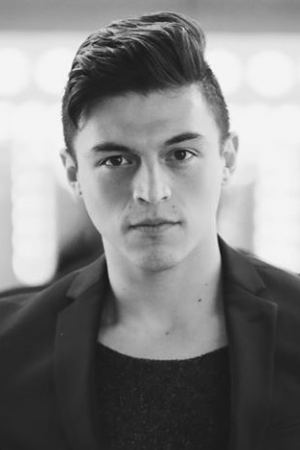 AJ Rodriguez is a San Francisco Bay Area tenor who started his musical journey around the age of twelve. It wasn’t until the age of twenty that he discovered that he could make music a career. Along with a passion for education, he has a strong drive to perform. He feels that being on stage (choral, dance, opera or musical theater) is one of the most liberating and ethereal experiences a person can have. His long-term plan is to become an expert in vocal pedagogy so he can use his expertise to enhance performance skills and the choral program he will be running one day.

Noteworthy performances include the role of Alfred in Johann Strauss's "Die Fledermaus" and the Celebrant in Leonard Bernstein’s "MASS", both with San Jose State University Opera Theater. Upcoming engagements include the role of Macheath in Kurt Weill's "The Threepenny Opera" and the tenor soloist for "Beethoven's Mass in C major."

He holds a bachelor degree from San Jose State University. The next big venture will be to further explore his instrument and passion for music through a master’s degree in Voice Performance at the Manhattan School of Music.