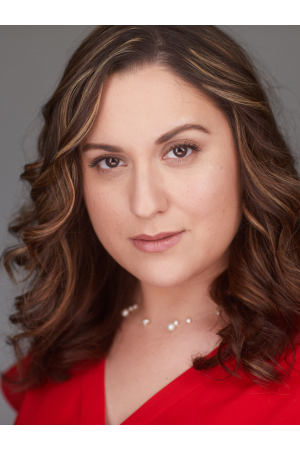 Courtney Elvira is a Mexican-American, mezzo-soprano with her hometown roots in St. Petersburg, FL.

This year, Courtney worked with ​Dayton Opera​ as one of the ​Artists-in Residence​, performing Kate in their production of The Pirates of Penzance. Courtney then went to the west coast, where she sang her first Hansel, in ​Hansel and Gretel,​ for Brava! Opera Theater. ​She later joined ​Opera Ithaca​, in April, for a double-bill performance as Melissa in ​La liberazione di Ruggiero ​by Francesca Caccini and Ada Lovelace in the commissioned work ​The Infinite Energy of Ada Lovelace​ by Kamala Sankaram. This summer, she appeared as a Gerdine Young Artist with ​Opera Theatre of Saint Louis​, covering Virtú and Familiari 1 in ​The Liberation of Poppea.

Her awards and honors include winning the West Tennessee and Connecticut ​District Metropolitan Opera National Council Auditions​ (2020/2018), an Encouragement Award from the Iowa District Metropolitan Opera National Council Auditions​ (2016). She was also a Finalist in the Butler Opera International Vocal Competition ​(2019) and a ​NYIOP/ Premier Competition Semi-finalist (2019).

Courtney graduated in 2015 from Carnegie Mellon University with her master’s degree in Vocal Performance after studying with the acclaimed Maria Spacagna. Courtney continues her studies with Stella Zambalis.