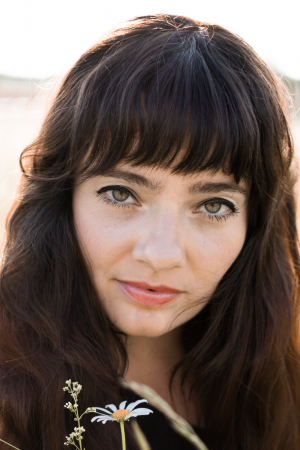 Soprano Gunta Cēse was born in Riga, Latvia, where she commenced her musical education at the Jazeps Vitols Latvian Academy of Music, graduating with a Bachelor Degree in Vocal music with Distinction in 2010. In 2013 Gunta completed her Masters Degree in Opera Singing at Staatliche Hochschule für Musik und Darstellende Kunst, Stuttgart, studying with Prof. Ulrike Sonntag. During her studies as a soprano, she took part in productions at the local Wilhelma Theater performing Donna Elvira (Don Giovanni), Miss Jessel (The turn of the screw) and Diana (Orphée aux enfers).

As a young soprano, Gunta’s operatic debut was in the role of Tatjana (Eugene Onegin) at the Latvian National Opera in 2013, with director Andrejs Žagars and conductor Denis Vlasenko.

Gunta Cēse competed in the semi-final of the 6th International Singing Competition for Wagner Voices in Karlsruhe in 2012. She was the youngest participant at this competition. Gunta Cēse is a finalist in the international vocal competition, the Elizabeth Connell Prize 2015 aspiring Dramatic Sopranos in Sydney, Australia. Gunta Cēse was awared with Universal Music Prize.

Gunta Cēse was a recipient of the annual Alfred Toepfer Stiftung F.V.S. Scholarship in 2011 and the Richard Wagner Stuttgart Foundation scholarship in 2012. She is in high demand as a concert soprano soloist and has performed solo concerts in Amsterdam, Kiev, Paris, Chicago, Stuttgart, Brussels, and Zürich.

Starting from September 2017 till 2019 soprano was Ensemble member of Vorpommern Opera in Stralsund in Germany and in October will make her debut there as Amelia in Verdi’s "Un Ballo in Maschera", Blanche in Previn's opera "A Streetcar Named Desire", Floria Tosca in Puccini's opera "Tosca", Rosalinde in "Die Fledermaus" and Mimi in Puccini's "La Boheme".