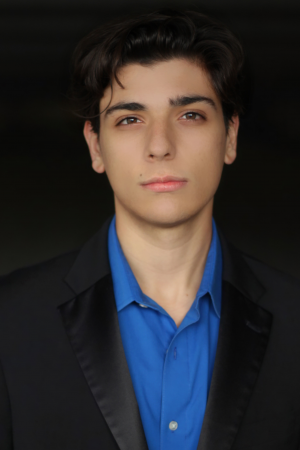 Anthony Josep is a baritone in his junior year attending the Jacobs School of Music in Bloomington, Indiana. Last year, he debuted in the IU Opera Theater as Elviro in their production of Xerxes, and is looking forward to performing his second role as Papageno in Die Zauberflöte. He has also been featured in the chorus for the IU Opera Theater’s productions of The Barber of Seville, La Traviata and Le Nozze di Figaro. He has recently attended summer programs such as the AAMS Summer Music Institute in Tampere, Finland, and the Schmidt Vocal Institute, where he studied with renowned performers Nathan Gunn, Sylvia McNair, and Brian Zeger. Being described as having a sound “with velvet in it, and with a natural gift for expressiveness”, Anthony actively competes and has been successful in vocal competitions such as the National YoungArts Foundation Competition where he was named a finalist. Recently he competed and received first place in the Classical Singer International Competition College Division. He was also given an encouragement award in the Schmidt Vocal Undergraduate Awards Voice Competition. In addition to solo voice, Mr. Josep is also an active pianist and composer, often collaborating with organizations and singers at the Jacobs School in an effort to push new works into the modern opera repertoire. Recently he was appointed as Artistic Director of the New Voices Opera (NVO) program at IU. He studies in the studio of Prof. Timothy Noble.