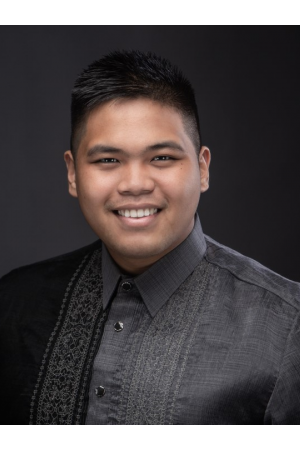 Filipino countertenor Kyle Tingzon is a newcomer to the Bay Area classical music scene. His past performances in the Philippines include J. Haydn’s Missa in Angustiis (2019), G. F. Händel’s Messiah and Dixit Dominus (2017). He has also performed A. Vivaldi’s Gloria in D at the Svenska Kyrkans Gosskörsförening, a festival of male choirs in Rättvik, Sweden (2019). He was a street singer and featured soloist in a performance of L. Bernstein’s Mass at the Esplanade in Singapore (2018). From 2016-2018, Kyle was featured as a soloist at the annual International Bamboo Organ Festival in Las Piñas City, Philippines, a festival dedicated to the performance of early music.

Kyle is currently pursuing a Master of Music degree in Vocal Performance at San Francisco Conservatory of Music, studying under César Ulloa. He obtained his Bachelor of Science degree in Management, minor in Economics, from Ateneo de Manila University, Philippines (2015). He studied voice and choral conducting at the University of the Philippines College of Music. He also studied voice privately under Christopher Arceo.