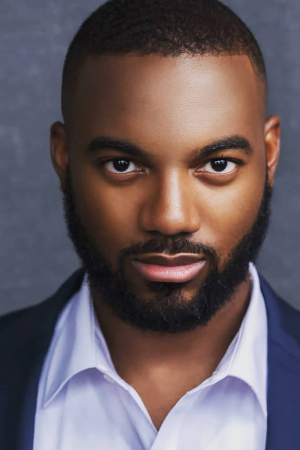 Wesly Anthony Clergé is a classically trained Baritone, who graduated from the Crane School of Music at the State University of New York, with his Bachelor of Music in Vocal Performance. Originally a native of New York, however, raised in Pennsylvania; he has lived a majority of his adult life in various cities across the country. Wesly is establishing himself as a contemporary mature voice in the music industry. He has performed in Europe and throughout the United States. Acting in a combination of musical theatre, opera, and concert works has led Mr. Clergé to perform a variety of different roles. Wesly began his musical journey performing in musical theatre. Recently, he performed the role of Mario and cover for Benny in Visión Latino Theatre’s production of In the Heights. Previous musical theatre credits include Sky Masterson (Guys and Dolls), The Phantom of the Opera (The Phantom of the Opera), Judge Turpin (Sweeney Todd), Gaston (Beauty and the Beast), and Awge the God of Water (Once on this Island). He has also performed numerous operatic roles. Formerly, he has portrayed the roles of Ser Amantio di Nicolao and Maestro Spinelloccio (Gianni Schicchi), Don Giovanni (Don Giovanni), Carceriere (Tosca), Sailor (Dido and Aeneas), Papa Bear (The Three Bears), Prince Hérisson de Porc-Epic (L'étoile), Luther (Les contes d'Hoffmann), and Frank, a Prison Governer (Die Fledermaus).  As a featured soloist, Mr. Clergé has started appearing in a range of concert works. These works include: Fauré Requiem, Carmina Burana, Mozart Requiem, Duruflé Requiem, and Ein deutsches Requiem (Brahm’s Requiem).  Proficient in ballroom waltz and as a pianist for over twelve years, Mr. Clergé prides himself on being a complete artist. In 2017, he was awarded 1st place in the Classical Singer Competition at the regional level. Through his performances, Wesly Anthony Clergé hopes to inspire his audience, community, and the next generation of artists to connect and converse about the importance of each narrative. During his leisure time, Wesly enjoys spending his time hiking, reading, and cooking.