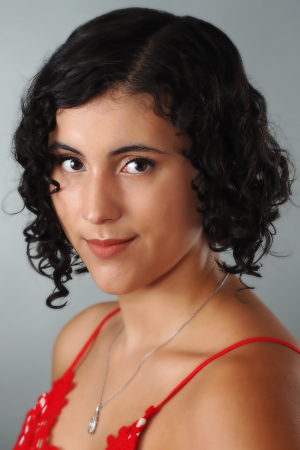 Canadian/American soprano Gabrielle Turgeon has performed a diverse range of musical theatre and operatic roles, most recently charming Toronto audiences with a sprightly performance of Iris in Handel’s Semele with the Toronto Lyric Opera Centre.

In the 2020-21 season, Turgeon was awarded a position as a Sidgwick Scholar with the Orpheus Choir of Toronto, where she was a featured soloist in “Hands” by Jocelyn Hagen and in the annual Sidgwick Salon. She recorded a new arrangement of Bach’s 'My Heart Ever Faithful' for voice, guitar, and cello, with the St. Paul’s Bloor Choir. Most recently, she was featured in the John Beckwith Songbook hosted by Confluence Concerts, a celebration of the composer’s 94th birthday.

In the 2019-20 season, Turgeon performed as a soloist with the Ontario Pops Orchestra, as well as with the Etobicoke Centennial Choir in Vivaldi’s Gloria. Prior to the pandemic, she was scheduled to perform the role of Despina in Mozart’s Così Fan Tutte in Sulmona, Italy in the summer of 2020. She was also preparing to premier the role of Marie in Union, a new chamber opera composed by emerging Canadian composer Michael Nunes.

In the 2018-19 season, Turgeon performed as the soprano lead and soloist for the Etobicoke Centennial Choir, in works such as the Dvorak Mass in D Major Op. 86, Bach's Cantata no. 140, and the Missa Gaia by Paul Winter. She was also a featured soloist in concert with the MacMillan Singers of the University of Toronto. Turgeon participated in the first ever Canadian songSLAM in January 2019, where she gave the world premiere of "Indian Summer" by Michael Nunes.

​Turgeon is one of eight classical singers chosen as a 2020 finalist in the National YoungArts competition held in Miami, Florida. Turgeon is also a four-time winner of the Ontario Music Festivals Association Provincial Finals (Diploma, Gr. 10, Gr. 9, Gr. 8). Turgeon has also been the recipient of the Sir Henry Pellatt Award of the Toronto Kiwanis Music Festival and the Susan Barber Memorial Scholarship for the performing arts.

Turgeon is currently studying with Elizabeth McDonald at the University of Toronto voice performance program.