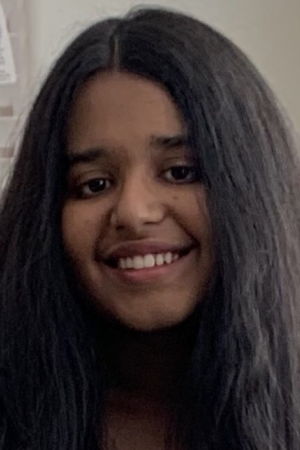 Adithi has been an avid participator in music since the age of 5, when she first began piano lessons. It was not till the age of 8, that she started participating in her local school talent shows for voice, which eventually translated into taking western classical voice lessons since the age of 11. Since then, she has been well versed in the genres of classical, musical theatre, and pop music, and has placed in numerous competitions in these categories; some of which prominently include the National Association for Teachers of Singing, as well as the Hal Leonard Vocal Competition. It is a tremendous hope of hers that she is able to pursue the art of music beyond her high school years, and do her best to make a difference with her musical knowledge and pursuits. In addition to music, she loves using her spare time to partake in both various forms of activism as well as writing.