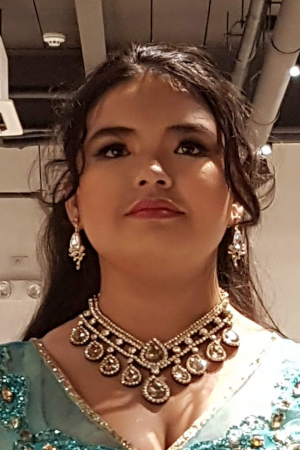 Kimberly Alexandra B. Adam is a sixteen-year-old girl who dreams of one day becoming an Opera

singer and an actress in Broadway musicals. She was born in the Philippines to a German father who

has been deceased eight years ago (he died of lung cancer) and a Filipina mother. Her biggest regret

was being too shy earlier on and not being able to sing to her father. She now loves to sing her heart out

day have a charity concert that would benefit abandoned children and orphans and children with cancer.

Pennsylvania where she is a member of the choir and Madrigal singers. She is a voice scholar at

Juilliard Pre-College . She is privileged to be under the tutelage of Ms. Lorraine Nubar , Ms. Cynthia

She performed in last year’s Malvern School production of “Joseph and the Techni-Color Dream Coat”,

where she took on the lead singing role of the Narrator. She has performed in various school plays and

and Zarzuela” and “T'aint Opera”.

She won the George London award for Pre-College students for the year 2019-2020. She recently won