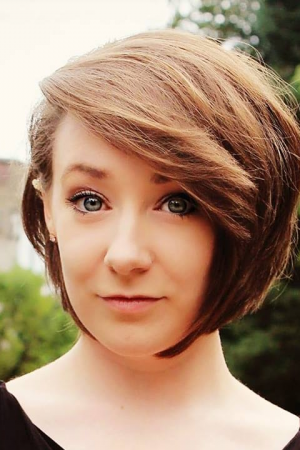 Award-winning soprano Erin Alexander did her training on a full scholarship at the European Opera Academy at the Conservatorio Luigi Cherubini in Florence, Italy. While there, she performed the roles of Despina (Cosi fan Tutte), Susanna (Le Nozze di Figaro), and Rosina (Il Barbiere di Siviglia).

Prior to this, Erin read music at the University of Chichester under Ian Baar, graduating with First Class Honours and the Funtington Music Group Robert Headley Music Prize. In 2018, after receiving a bursary from the school itself, she graduated with a Master of Music from the Royal Welsh College of Music and Drama under Gail Pearson. While in Wales, Erin performed the roles of Adele (Die Fledermaus), Mrs Fiorentino (Street Scene), and Gretel (Hansel & Gretel).

As the first ever recipient of the Cooper Hall Emerging Artists Bursary Award, Erin has performed the roles of Zerlina (Don Giovanni) with assistant director at Royal Opera House, Greg Eldridge, and Mimi (La Boheme) for the editor of Opera Now. Cooper Hall commissioned Erin to write and perform a new one-woman piece of operatic theatre, called “On a High Note”. It has been touring around the UK, and Cooper Hall were thrilled to learn of On a High Note’s 4* and 5* reviews and success at the Edinburgh Fringe Festival in August.

In Oratorio, Erin made her debut deputising for Catherine Bott performing Pergolesi’s Stabat Mater. She has performed the soprano solos in Mozart’s virtuosic Mass in C Minor, Haydn’s Nelson Mass, Handel’s Messiah, Mendelssohn’s Hymn of Praise, and recently debuted Ian Lawson’s One World Cantata. Erin’s Oratorio highlights include performing Palestrina at the Museo San Columbano in Bologna and Byrd at the Vatican in Rome.

While Erin enjoys the opera stage, she also thrives on the concert stage. She has performed at the British Embassy in Romania for Her Majesty the Queen’s 90th Birthday Celebrations, The Virginia McKenna Born Free Foundation at Goodwood House, and The Savoy Hotel in London.