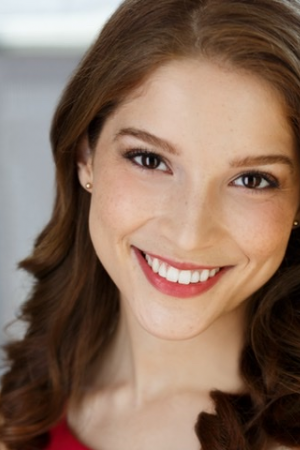 Shelby Cox is a performer based in New York City and a recent graduate of The Juilliard School, where she received a Bachelor’s Degree in Vocal Performance. During her training, she performed in several musical theater cabarets, art song recitals, and opera productions, including premieres of new works. She could be seen as Cupid in “Orpheus in the Underworld” and in the ensembles of “Hippolyte et Aricie,” “Katya Kabanova,” and “La Sonnambula.” She was featured in several opera scene showcases, performing as Dorabella in “Così fan tutte,” Cherubino in “Le Nozze di Figaro,” and Idamante in “Idomeneo.”

Outside of Juilliard, Shelby has appeared professionally in the choruses of “La Traviata” and “Don Giovanni” with North Carolina Opera. In March 2020, Shelby sang in Debussy’s “Nocturnes” with the New York Philharmonic as part of the “Sirènes” chorus at David Geffen Hall. She attended Seagle Music Colony as a 2018 Emerging Artist, where she performed the roles of Sesto in “Giulio Cesare” and Gloria Upson in “Mame,” and was an ensemble member/featured dancer in “The Great Gatsby” and “Candide.”

During quarantine, she performed three leading and supporting roles as part of the rEMOTION Online Play Festival: Julie in “The Exhibit,” by Hanna Wagner, Beck in “By the Bay” by Ginger Chen, and Amanda in “Little Poppy Seed,” by M.J. Kang. Shelby also ventured into voiceover work during COVID, playing the role of Joanne Carpenter in the audio drama “untitled [redacted]”, available on all podcast platforms.

Coming up, Shelby will be making her Off-Broadway debut as Auguste van Pels in "Anne Frank, A Musical," at the Actors Temple Theatre.