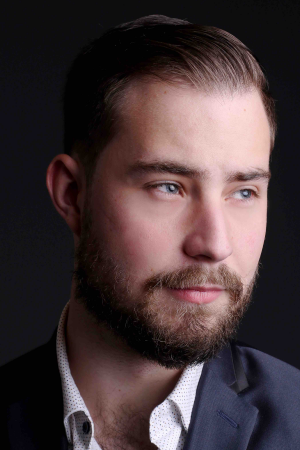 French-Canadian baritone William Desbiens was born in Québec City, Canada in 1997. He graduated with a BM at the Mannes School of Music in New York under his teacher Arthur Levy and will be a studio artist at the Mascarade Opera Studio in Florence, Italy 2021-2022. Mr. Desbiens has performed the roles of Il Conte di Almaviva from ‘’Le nozze di Figaro’’, Dandini from ‘‘La Cenerentola’’, Silvio from ‘’Pagliacci’’ and more. He attended a week long masterclass intensive with renowned Canadian tenor Richard Margison. Mr. Desbiens also attended the Voice experience and Opera as Drama programs under the famous baritone Sherrill Milnes. In 2020 and 2021 he was awarded an encouragement award at the Metropolitan Opera National Council Auditions and was a finalist at the Carolyn Bailey and Dominick Argento National Opera Association competition, recently he won the second place of the Cs Vocal Competition in the Classical University Division and also received a Director's award of the James Toland Vocal Arts, 2021 Competition. Mr Desbiens is one of the next 9 Finalist at the Ciopera - Paris Opera Competition from January 16 to 22, 2022 at L'Opéra Garnier.