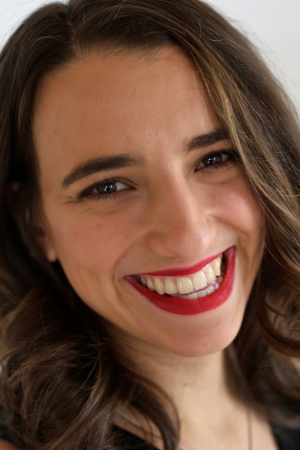 Praised for her “…ardor and warmth…” by the Houston Press, soprano Théodora Cottarel has been recognized for her vocal versatility and her electric dramatic interpretations. Of her performance as Servilia in La Clememza di Tito Broadway World wrote: “Armed with confidence and purity of tone, Cottarel’s wielded power lends to her delicateness. Her singing is thoroughly enjoyable and the expression of solid warmth is neatly articulated through her emotions.”

Passionate about acting, Théodora has had the privilege of working with the late Elizabeth Kemp and interned under her at the Actor’s Studio. She has also trained with director Claudine Hunault in France. She will perform in her first play as The Wife in Garcia Lorca’s The Blood Wedding this year presented at the Boston Playwright’s Theater.

In concert, notably, Théodora has sung at the Théâtre des Champs-Elysées where she had the honor of performing with Lambert Wilson and Jay Gottlieb, and alongside artistic giants such as Menahem Pressler, Ivry Gitlis, and Charlotte Rampling. Other concerts include: Britten’s Ceremony of Carols in the United States, Do Disturb Festival in Gabrielle Goliath’s Elegy and Tiziana De Carolis’ Dualités Déconcertante in France, and in Mozart’s Missa Brevis in Do or Mozart’s Vesperae Solennes with the Rome Philharmonic.

An avid chamber music performer, Theodora continually gives recitals in France, Italy and The United States, in various venues such as Le Festival Présences Féminines and MIT’s Killian Hall. Passionate about performing work by female composers Theodora has performed in the original recital “Voies(x) de Femmes” eleven times with pianist and composer Tiziana De Carolis throughout 2019 and 2020. A CD of the program will be released in 2020.

Born in the United States to French parents, Théodora received her Bachelor’s of Music from the Manhattan School of Music.