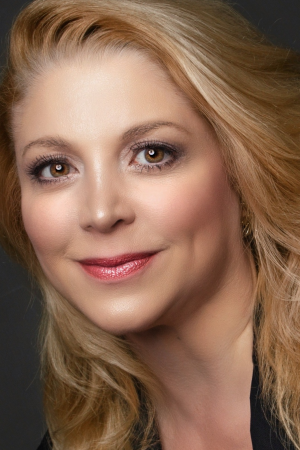 Ms. Bolshoi is a dynamic teacher who prepares opera singers for every aspect of performance, including audition techniques, demo recordings, how to audition and perform well in Europe, and more. THE MOST EXCITING part of Ms. Bolshoi's technique is what audiences notice about her own performing; it is the old-style, full body technique taught in Bayreuth in the 1930s-40s. Ms. Bolshoi studied under Patricia Sage for decades, who had been one of Friedelind Wagner's pupils in the Wagner Program at Bayreuth, and Ms. Sage taught this technique to singers in her own program in NYC for many years. So many singers today do not know how to breathe. Ms. Bolshoi's technique using the whole body, especially the pelvic floor, to support the voice and create effortless legato.

Alison Bolshoi sang the Mark Hayes’ Te Deum at Carnegie Hall in June 2019, after making her debut at Carnegie Hall the year prior in Hadyn’s Lord Nelson Mass, Bernstein’s Chichester Psalms, and Vaughan Williams’ Serenade to Music, all with MidAmerica Productions. In April of 2019 she made her debut as Amneris in Verdi’s Aida with Boheme Opera, New Jersey and brought down the house. Ms. Bolshoi is excited to make her debut as Giovanna in Rigoletto with Dallas Opera in 2022 and as Fricka in Die Walküre with Opera Nacionale, Chile in 2023.

In her own singing, Ms. Bolshoi fulfills the Wagner and Verdi repertoire with a vocal radiance and lyricism seldom heard in dramatic voices. Her insightful interpretation of each character make s her presence onstage mesmerizing. Ms. Bolshoi realized she was a contralto in 2016 and transitioned from soprano.

Highlights of prior work as a Dramatic Soprano

Ms. Bolshoi made her international debut at La Gran Teatre del Liceu, Barcelona, in a concert featuring excerpts from Strauss’ Guntram, Reyer’s Sigurd, and Schillings’ Mona Lisa. Shortly after, she joined the roster of The San Francisco Opera to cover Senta in Der Fliegende Holländer. She appeared as the Marschallin in Der Rosenkavalier with the Huntsville Symphony, Alabama, and gave concerts as part of the Bach to Bartok Festival with Accademia Pianistica, in Imola, Italy. She sang Leonore in Fidelio with One World Symphony, NY, and was the soprano soloist for the Alfredo Silipigni Memorial Concert with the New Jersey State Opera at NJPAC.

Ms. Bolshoi was the soprano soloist for the opening gala concert at ?eský Krumlov, with the Prague Radio Symphony, Czech Republic, and returned the following year to sing the role of Foreign Princess in Dvorak’s Rusalka. The production took place in the historic Revolving Theatre, and Ms. Bolshoi became a spokesperson for the theatre.

She created the role of Debbie Phillips in Bum Phillips: All American Opera, at the La Mama Theatre in NYC. The opera was received well by NY critics, and was brought to Houston, Texas in September 2015.

Ms. Bolshoi was paired with Metropolitan Opera tenor Adam Klein to sing a concert version of Beethoven’s Fidelio with the Hawthorne Symphony, NJ. The following year she sang Brünnhilde in Die Walküre with the symphony.

She sang multiple staged performances of Sieglinde and Brünnhilde in Wagner’s Die Walküre, and the Siegfried Brünnhilde, with the Wagner Festival Orchestra, NY. Her concerts with the company include the Senta/Dutchman duet from Der Fliegende Holländer and the Götterdämmerung Brünnhilde.

Ms. Bolshoi made her professional debut singing the Mother in Amahl and the Night Visitors with Il Piccolo Teatro dell’Opera, NY.

Ms. Bolshoi won the Liederkranz International Competition, Wagner Section, The Gerda Lissner Foundation Award, and the Altamura-Caruso Foundation Award. She has been recognized through continued awards and sponsorship by: The American Wagner Association, NY, The Wagner Society of New York, The Evelyn Lear & Thomas Stewart Emerging Singers Program of Washington, D.C., and The Wagner Association of America, Chicago.