Essential for everyone who sang at the CS Convention

You just finished a grand Memorial Day weekend at the CS Music Convention and Vocal Competition. (I’ll use this as an example but

everything fits for anything else you do musically.)

Now it’s time to get some great publicity for being there and the work you did. You may not have won, but you competed with some of the best young singers in the world and received amazing lessons from professional performers whose career included many performances at the Met or Broadway. And you met with a dozen or more celebrities at the CS Music Convention. Elizabeth Stanley, Nathan and Julie Gunn, Tony Dean Griffey, Ben Cameron.

All of those points are newsworthy, and you ought to immediately finish the press release I started for you and give it to your local media – newspapers, radio (particularly a classical station) and television. Local media LOVE local stories. If you have video, include that with your press release to the local television stations. So much bad news means they’re aching for a feel-good feature story. That’s YOU!

Your local media would love to publish your story and picture. When they do, put that clipping or video on your website. It builds credibility. Managers and artistic directors love reading your clippings. The clippings scream, “This is a singer who gets it…an involved, real and active performer.”  Local people who might like to hire a singer for an event will read this, giving you a chance to be hired. That is what a press release does for you. So let’s get started now.

Here is what to do:

1. Use this press release form as a start. It’s the right format with a chance for you to use quotes we’ve received. Add your own. Leave out what you like but first and foremost fill in what you did and who you are.

_(you)___ was joined by singers from Japan, Canada, Australia, Uganda, India, Pakistan, China and the USA with great hope in their hearts of not only winning valuable prizes but learning from some of the world’s greatest stars of Broadway and the Metropolitan Opera—including Emmy award winning tenor Nathan Gunn—in 147 masterclasses and presentations about auditioning, acting, diction, breathing and poise, as well as marketing, advertising and negotiating.

As Gunn wrote on Instagram, “Had a great time at the #CSMusic convention this past weekend! Proud to be a part of this fantastic community of educators and artists!”

“It was an exciting 16th year of the event and as usual it was difficult for singers to advance even one round with so many other great singers. _________________(you) is so talented and skilled – and that’s what it takes just to get here.”

Helping singers were some famous singer. “We were honored,” beamed Alex Stoddard, CEO of CS Music, “to have our cast of presenters headed by the great star of Broadway, Elizabeth Stanley, famed Metropolitan Opera and Broadway star Nathan Gunn, Stanford Olson who has made 160 appearances at the Met, La Scala, and other of the world’s best venues, Anthony Dean Griffey of Met fame, and the energetic Broadway sensation, Ben Cameron.”

Labeled as a “safe place for singers to be nurtured and grow” by Met star Stanford Olsen, CS Music is a community of educators and artists who make sure their convention and vocal competition is filled with voice teachers, judges and mentors that help high school, university and emerging professionals perfect their voices and performing abilities.

Yet participation trophies are not the order of the day. “No, “said Stoddard, “building a performing career takes grit and determination to go along with talent honed from thousands of hours of practice, lessons and performing. Our singers don’t want critiques to be sugar coated. They want to know what they must do to improve and take the world by storm.”

Many of the winners – and many who don’t win awards – go on to successful singing careers. “It’s not unusual for high school singers who miss out on scholarships this year to return and get a great scholarship next year to attend one of more than 50 universities that participate in the convention and competition either as judges, mentors, and teachers,” said Stoddard.

He pointed out that these universities and conservatories have booths in CS Music’s Expo Recruiting Fair where the singers, and often their parents, can meet with the heads of voice schools to learn what the school has to offer. Stoddard went on, “Without our Expo, students and parents spend thousands of dollars flying around the country to see just a few schools. Here they can meet the voice teachers from prestigious universities like Eastman School of Music, San Francisco Conservatory, University of Illinois, Michigan, Michigan State, BYU, USC and many more.” 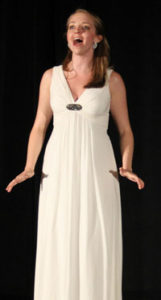 2. Include an action photo.

All media love great photos. Broadcast loves high quality action videos – a video of you singing. Yes.  If you think a picture is worth a thousand words, double that thought. The average picture in a print format can take up the space of 2,000 words – and the editor does not have to edit a single word. However, the shot cannot be a head shot. It needs to have action. An image showing you doing something – meeting a celebrity or singing – is much more interesting.

For a 4″ x 6″ print, the image resolution should be 640 x 480 pixels minimum. Larger photos must have a larger image resolution. Do not use distance shots, or groups where you do not dominate. Pictures must be 100 percent in focus. Black and white is often preferred, but color is fine, too. If they want to run it in black and white, they can convert a color image.

3. Hand deliver this to all of the media outlets…TODAY!! Don’t put this off.

Catherine Franz of the Virtual Marketing Newsletter recently created a nice outline for writing a press release. Some of the following ideas come from that story. This is basic stuff, which is exactly what you should use when putting together a press release.

Happy writing and publishing. Do not wait another week to begin doing this for your career. 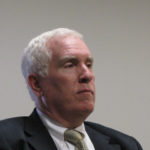 Mark Stoddard is a business leader, professor, marketer and consultant who has been helping singers get jobs for more than 20 years. On the singing front he staged more than 100 professional shows aboard cruise ships that employed classical singers, pianists and strings. He’s also coached singers on how to sell their CDs and other products, use the social media and how to negotiate contracts. He’s been the CEO, President or Owner of the nation’s largest financial newsletter printing company, a residential and home study education company teaching finance and business, an international cruise and tour operation, and a non-profit fundraising organization. As an author he’s written 17 books on business and marketing (including one just for singers—Marketing Singers) as well as a full-length musical, several plays and a book of short stories and poems. His classes at the Classical Singer Convention are always rated with the highest ratings. Follow Mark online at www.twitter.com/mjstoddard You can buy Mark’s book Marketing Singers at www.ClassicalSinger.com/store